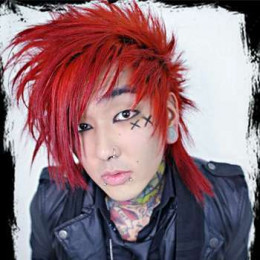 He is a Japanese-American musician, who came to prominence as bassist for the bands Cellador, Falling in Reverse, and Rob the Cartel. Currently, he serves as bassist in the band NOISE. At the age of 9, he learned to play guitar and as a teenager, he learned to play bass, forming his first band in 2001, which is at age 16. In 2008, he founded his own clothing line named, Aizou Clothing.

When it comes to his personal life, he has always stayed low profile. Till now he hasn't shared any details about his family background, childhood status and educational qualifications. As he has got a dashing personality and is popular as well, he probably might have dated few gorgeous ladies in his past days but as we don't have any exact information in this regard he is assumed of being single.