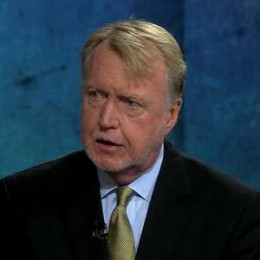 An award-winning American journalist and war correspondent, Mike Boettcher is a graduate of the University of Oklahoma. He is also a visiting professor over there. He was the first reporter to present a live satellite report on CNN. His work has won a Peabody Award, four Emmys, and a National Headliner award. He is often embedded in Iraq and Afghanistan. He is also known for the 2014 film documentary The Hornet's Nest, depicting their experiences while embedded with American troops in Afghanistan.

Boettcher announced that he has a son named Carlos. However, he never gave information about who is the mother of children. It is said that he has not been married till the date.

So it makes clear that sometimes in his life he was in relationship with someone and she has that baby. Although media has made different approach to know about his marital life, he has not disclosed a single word about it.

He produced the 2014 film documentary The Hornet's Nest with his son.

Details about his current net worth and salary is still under review.

He is a native of Ponca City, Oklahoma. He completed graduation from the University of Oklahoma.

Boettcher was the first reporter to present a love satellite report on the CNN network.

He received six Emmy Awards, a National Headliner award, and a Peabody Award.