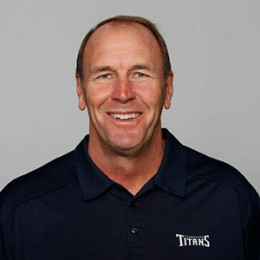 Born in Miami, Florida, Mike Mularkey is basically known for his works regarding American Football. He was involved in football since he was in school. He went to Northeast High School in Oakland Park, Florida for his high school studies. He used to play as the quarterback for the Northeast Hurricanes high school football team. For the graduate studies, he went to University of Florida in Gainesville, Florida. While in University, he played as a tight end for Florida Gators football team which was led by Coach Charley Pell.

Mike's professional career as a football player began when he was selected as a ninth-round draft pick for the "San Francisco 49ers", but could not appear in the game. Even though he could not appear in that game, this selection became helpful for him to get into further teams and games. He formally played with the Minnesota Vikings until the conclusion of the 1988 season from "San Francisco 49ers". Later, he signed with the Pittsburgh Steelers in 1989 as a free agent for the final three years of his playing career. He is known for his coaching in Concordia University-St. Paul, Minnesota, Tampa Bay Buccaneers, Pittsburgh Steelers, Buffalo Bills, Miami Dolphins, Atlanta Falcons, Jacksonville Jaguars and Tennessee Titans. Mularkey is currently married to Elizabeth Conant Mularkey who also graduated from the same college as him. They have two children, both of them sons.

Mike is currently married to Elizabeth Conant Mularkey. She is also a University of Florida graduate. They have two children together, both of them sons.

Patrick is the first son of Mike. He graduated with his degree from Clemson University in Sports Management while working part-time in the football office. He also worked as Pro Scouting Coordinator at Detroit Lions.

Shane is the youngest son of Mike. He is often involved in various controversies. He was recently charged for the use of cocaine.