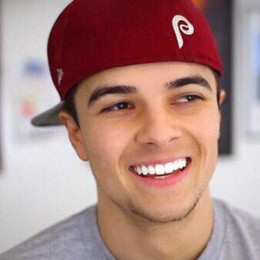 An American YouTube comedian and internet personality, Mikey Bolts is currently single. He is well known for his amusing facial expressions and Seth McFarlane-esque humour. Mikey Bolts uploaded his debut video to his more popular channel in March of 2008. Mikey Bolts has made comedy skits, vlogs and music videos on YouTube for over six years . He created his lesser subscribed vlog channel in 2005 but didn't start uploading videos to that channel until 2011.

Mikey Bolts has a younger brother. He has collaborated with fellow YouTubers like Ian Hecox and Anthony Padilla. Mikey Bolts has amassed an over 250k subscriber and 50 million views. His fans love his no-holds-barred analysis of pop culture and his impressive voice imitations. Mikey Bolts is 24 years old and he has not disclosed any personal information about his on social sites and he has not faced any controversy in his life.