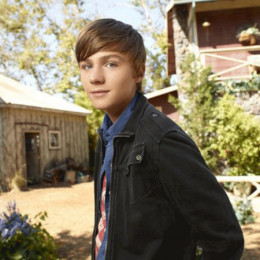 An American actor who is better known as Young Artist Award nominee for his role as Davey Danner in the drama film Rails and Ties. He debuted in TV screen from the TV series named CSI: Miami titled "Nothing to Lose". He has also made his guest appearances in the popular TV series like Ghost Whisperer, Shark, Bones, and Private Practice. In 2010 he was starred as Drew Holt in NBC's Parenthood. In 2013 he starred in film named Rudderless, playing the role of Josh.

Miles Heizer was born on 16 May 1994 in Greenville, Kentucky. His mother is a nurse and he has an elder sister named Moriah.

Talking about his marital status he has not married yet. Looking at his relationship status he seems to be single. There has been no record of any kind of relationship of him with anyone.

According to him his TV sibling Miles Heizer live along with him in his guest house and they are very good friends.