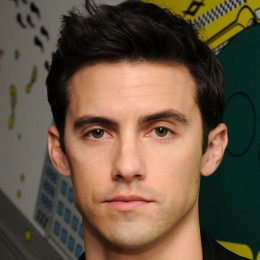 An American actor who is better known for starring as Peter Petrelli on the popular NBC TV series Heroes. He is son to Carol and Peter Ventimiglia. He completed his high school from El Modena High School where he learn to wrestle. When he turned 18 he attended American Conservatory Theater to pursue his career in acting. He started his career in the role of gay teenager in short movie Must Be the Music. His first big break was in Fox series Opposite Sex, playing the role of Jed Perry. He has made guest appearance in many popular TV series like the Teenage Witch, Law and Order: Special Victims Unit, CSI: Crime Scene Investigation and Sabrina. In 2009 he was awarded with Teen Choice Awards for his outstanding acting.

Talking about his personal life, he has not married yet. And good news for his fan girls is that he is currently single. Prior to being single, he had dated Gilmore Girls co-star. After dating for three and half years they ended their relationship. He was rumored to be dating beautiful actress Emmy Rossum but the rumor never got officially confirmed. Though he was seen playing the role of gay character in some of TV series he is not gay.