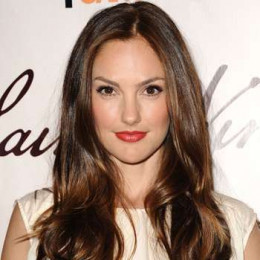 A well-known actress of American nationality, Minka Kelly has made her name in the acting fraternity by appearing in the TV series Friday Night Lights, Charlie's Angels as well as Parenthood and for films like The Roommate. Born in Los Angeles, California to parents Rick Dufay and Maureen Dumont Kelly, she attended the Valley High School for her education. her roles in films and televsion have been highly appreciated by fans.

The personal life of this pretty beauty has been talked about widely by fans and critics around the world. She has dated a huge number of celebrities and is currently in a devoted relationship too. She has however never been married and is not in a hurry to do so. She also has had no children yet. She has never been assumed to be a gay or a bi-sexual up until now.