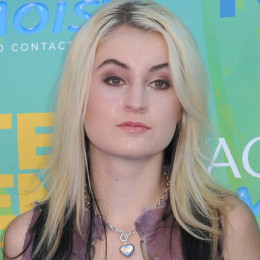 She is a keyboardist, rhythm guitarist and vocalist for the rock band Hey Violet which was previously known as Cherri Bomb. The band was renamed as Hey Violet in February 18, 2015. The band debuted in music industry with their debut single named "This Is Why". she is avid fan of Doctor Who. Recently she was in headline after she stated that their former lead vocalist Julia Pierce's departure was due to creative differences. Currently she is residing in Los Angeles, California with her band members.

Talking about her personal life, she has not married yet. According to her recent interview, she is still single and she is not looking forward to be in serious relationship with anyone this soon. May be she wants to focus more on her career rather than being in relationship. She seems to be kind of person who loves freedom and enjoys to be single.