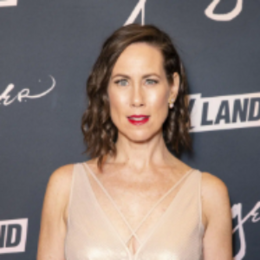 Miriam Shor is an American actress best known for her role in Bedazzled and Angry Inch. Her character as Diana Trout in the Critics Choice Award-winning show Younger earned media attention.

Miriam Shor is a married woman who blissfully tied a knot with Justin Hagan on 29 June 2009. The Hedwig cast dated Justin Hagan for several years before they took it to the next level. The couple's short-listed friends and family members attended the wedding. 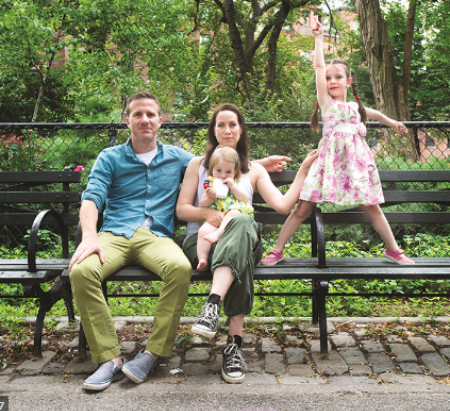 Miriam Shor lives with her family in NYC. SOURCE: newyorkfamily.com

What does Justin Hagan do for a living?

Justin Hagan is a New Jersey, United States-born actor. He has starred in movies and tv series, including Shortbus, Party Monster, and Fringe. It seems like Hagan does not make as much as his partner, but he supports his wife in building her career.

When Miriam is on the set, Justin looks after his children. His kids are too young and study at a local primary school in New York City. In the meantime, the lovebirds take their young ones on vacations.

Miriam Shor possesses an estimated net worth of $1.5 million as of 2022. Shor received a payroll of around $55,880, the basic salary of an actress in the United States. She starred in the fantasy drama Bedazzled in 2000, which racked up $90.3 million at the box office.

Hedwig and the Angry Inch is Miriam Shor's highest-grossing project. The mother to two won L.A. Outfest Awards for Best Supporting Role and Performance for Hedwig and Angry Inch in 2001. 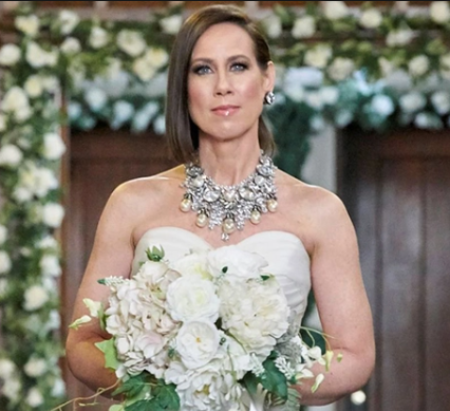 Miriam Shor is famous for her role in Younger. SOURCE: people

She is popular for landing the role of Diana Trout, an uptight editor at Empirical Publishing. Shor had a bright career on Broadway before landing her role on Younger. She has been one of the "Younger" cast members with the highest net worth. Miriam had shared the screen alongside Sutton Foster in a play held in New York City.

As a stage actress, Miriam performed in plays including Merrily We Roll Along, Almost Maine, The Wild Party, Hedwig, and the Angry Inch at Jane Street Theatre. Shor made her debut in the television series Becker as Rosie in an episode of Old Yeller. In the same year, the black-haired portrayed Cheryl Sominsky in Then Came You.

Check out the clip of Miriam Shor's interview about her TV show, Younger!

From 2001 to 2004, Miriam appeared in Inside Schwartz, deadline and was Married to the Kellys. In 2004, Shor played Christine in The West Wing's King Corn episode. In 2018, Miriam Shor garnered Screen Actors Guild Award for Outstanding Performance by Ensemble in a Drama Series.

Miriam Shor starred as Carol, a Penthouse Hostess, in the 2000 fantasy romantic comedy movie Bedazzled. Sources claimed that Shor got treated as an Insane Royal on the set of her initial film Bedazzled. During an interview with Yahoo, Shor described her journey on Bedazzled and the reason behind befriending Harold Ramis.

While fans appreciate Miriam's acting skills, they are eager to know about how she has managed to stay youthful and look fresh. For the actresses, it is all on diet plans, surgery and a weight loss journey.

Shor is concerned about what she puts in her body rather than how much she spends at the gym. The glowing mom addressed she walked 2 to 7 miles daily to maintain her shape. Miriam believes that weight loss secret does not mean giving up on food. 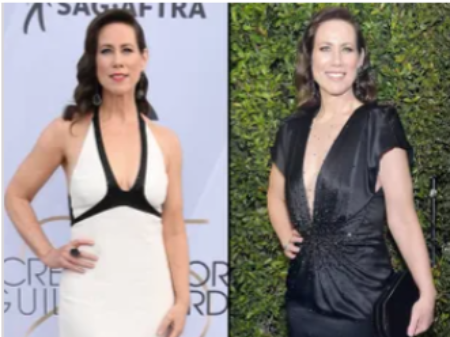 Miriam tales a simple black tea with a tablespoon of sugar and whole milk. While the starlet sips the warmth, she takes salad, half a pancake, and some Halumi eggs. For lunch, Shor prefers tomato, mozzarella sandwiches and a modest serving of basil.

Apart from that, the hawkeyed actress consumes chocolate as dessert, mushrooms, three glasses of red wine and a pizza. In between meals, the short haired enjoys some nuts with microwave popcorn.

While following a weight loss routine, Miriam denies craving junk. The broadway star believed that weight loss is all about self-care and mindset.

Hedwig Miriam Shor is immensely popular for her appearance in the rock musical Hedwig and the Angry Inch. She had also been in the 2001 film adaptation of a similar name. She portrayed the character of ex-drag queen Yitzhak in off-Broadway and movie roles in the iconic musical.

Miriam Shor rarely shares her daily life updates with fans through social media. She joined Twitter in June 2014. Shor has only 43 followers on Twitter. The hazel-eyed has 256 followers on her Instagram.

Miriam Shor was born on 25 July 1971. Currently, she is 51 years old. Miriam Shor grew up in Minneapolis, Minnesota, United States. The starlet was seven when her parents divorced.

She lived between Turin, Italy (to live with her mother) and Detroit (her father's address). Miriam describes herself as half-Jewish.

She has a sister Molly Shor. Actress obtained a bachelor's degree in drama from Michigan University. Miriam studied at Fernadel High School in Michigan. In addition, she performed various roles in the student theater. Miriam was in three different shows in which she portrayed Virgin Mary.

Miriam Shor and Justin Hagan are happily married for fourteen years. They tied a knot in 2009 and shares two children..

Iris Hagan was born as the first child of Justin Hagan and Miriam Shor in 2012. Iris has a sibling named Ruby Hagan.

Ruby Hagan was born in 2009 as the first child of Justin Hagan and Miriam Shor. Ruby has a sister named Iris.