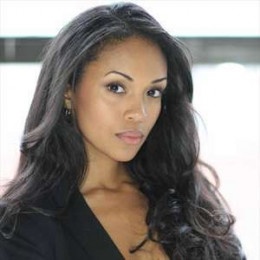 Mishael Morgan is an actress. She is daughter of Sharon Morgan and Michael Morgan. Mishael has two sisters, her older sister is Maggris and younger sister Monique. Mishael began her career from television. She made her on-screen debut in an episode of the television series M.V.P.

She is a married to her long-term boyfriend Navid Ali in May 2012. This couple has a son named Niam Ali.

Navid Ali is Mishael Morgan's husband. They have a long -term relationship, both of them are happy with each other.

Niam is son of Navid and Mishael. He was born on August 9, 2015. He was a healthy child when he was born.