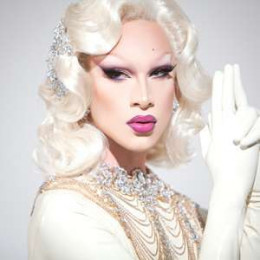 American drag queen moreover makeup artist, model, recording artist and reality television personality, Miss Fame is currently single. He competed on season 7 of RuPaul's Drag Race. Fame began his modeling and performing career in drag as "Miss Fame’. During the "Ru-Veal" of the seventh season of RuPaul's Drag Race, he is the first queen announced to be a contestant on the show.

Miss Fame's marital status is single. He released a debut single song named"Rubber Doll". He has also worked as a male editorial model. Miss Fame is a celebrity makeup artist, he has worked with many actors some of them are Martha Wash, Wendy Williams, Ève Salvail, Snooki and JWoww, Jeffree Star, and Michael Urie.Snooki & Jwoww is his first television series, he has a role of 'Himself 'in this series. Miss Fame has also appearances in music video named “Save the Queen”.