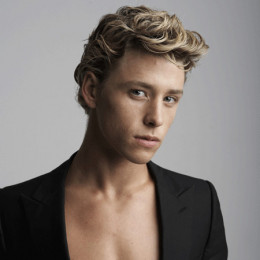 Mitch Hewer who is popular for his role as Maxxie Oliver in E4 teen drama Skins is a young and talented actor. Other than E4, he has appeared in Britannia High as Danny miller, all-round talent. Similarly he also worked in Behaving Badly as Steven Stevens with Natt Wolff and Selena Gomez. He also appeared as Ben in Nightlight. His acting works include various other appearances and he is still growing with his acting.

Mitch is talented actor with good personality and rumors do surround him at times but he seems to have been able to maintain them. He was noticed dating past few years however, the relationship status remains unsure and he appears to have been single for sometime now. There are not much information about him when it comes to his personal life though. He seems to like keeping his personal stories hidden.