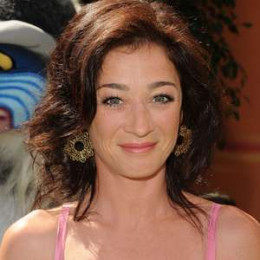 Moira Kelly is an American actress well known for her roles as Kate Moseley in the film "The Cutting Edge" and as a single mother "Karen Roe" on the Teen drama One Tree Hill. She was born to father Peter and mother Anne Kelly. Moira completed her school from Connetquot Senior High School. During her teenage days, she was cast in a small role in her high school production of Annie.

Moira Kelly began her professional career from the TV show "Love, Lies, and Murder" playing a teenage murderer. She also appeared in the movies such as ‘’With Honors", "Little Odessa".Moira also starred a role of activist Dorothy Day in Entertaining Angles and also played the Hetty Kelly and Oona O’Neill in Chaplin. She is married to Steve Hewitt and has two children.

Steve Hewitt is a Texas-based businessman. They have been married since 2002 and have two children. There are no signs of their separation.

Ella is the first daughter of Moira with Steve. There is not much information about her except some pictures.

Eamon is the second child of Moira with Steve. There is not much information disclosed about him on the internet.