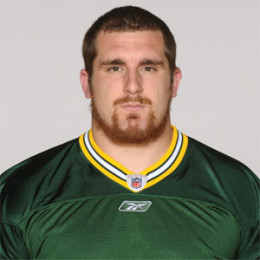 Mojo Rawley is the ring name of the professional wrestler Dean Muhtadi. He is a former footballer who played for the Arizona Cardinals football team and after retirement, he signed a deal with WWE. Rawley then started his career as a full-time wrestler and performed under the Raw division. Rawley has been featured in some television wrestling matches like 'WWE Smackdown!' in 1999, 'WWE Next' in 2010 and 'Breaking Ground' in 2015.

Mojo Rawley was born Dean Muhtadi to parents T.J Muhtadi and Maria Muhtadi-Roach on July 17, 1986, in Alexandria, Virginia, US. He grew up in the states with his four siblings and attended T.C Williams High School. His high school was featured in the movie, Remember The Titans.

Rawley first worked as an intern for the financial services firm called Morgan Stanley when he was in seventh grade. He continued working there even after graduating. Later on, he attended Christopher Newport University in Newport News, Virginia but transferred to the University of Maryland for his MBA studies after getting a scholarship. Eventually, he received his MBA degree from the Smith Business School MBA Program.

Rawley is a professional wrestler who is signed to WWE. He has made a huge mark in the wrestling world with his own styles and massive strength. Rawley has been featured in some television wrestling matches like WWE Smackdown! in 1999, WWE Next in 2010 and Breaking Ground in 2015.

Before entering in the field of wrestling, he was a professional football player and used to play in his high school and college. Later on, he signed to Arizona Cardinals in 2010.

Rawley played along the defensive and offensive lines at T.C Williams High School which is located in Alexandria, Virginia. He managed to rank second in the Patriot District in sacks in 2004 breaking the school's all-time punting record with a long of 76 yards which was against West Springfield High School. He was great at playing defensive tackle, outside linebacker, nose guard, and at offense performed tackle, center, tight end and guard. Rawley was great at defense and his position was changed often so that he could guard the opponents well.

As for his college football career, Rawley played football in 2004-2005 in Christopher Newport University in Newport News, Virginia. He first played at defensive tackle for his second year and later on transferred to the University of Maryland in the Atlantic Coast Conference. Rawley owns most of Maryland's all-time records for speed and strength.

During his three years time in Maryland University, he won several titles and always proved to be the best. He was named the top student-athlete and received Edith McMurran Honors Scholarship. Rawley even won the Jim and Pat Thacker Postgraduate Scholarship for ranking one of the top student-athlete in the ACC for all schools and sports. Since he was a top-ranked footballer who was brilliant in his studies equally, Rawley was listed in Dean List thrice and was even named All-ACC Academic Team in 2008.

Rawley was picked by the Green Bay Packers after the NFL draft in 2009 as an undrafted free agent and played for the team. He was among the three players who got signed out of 25 players on a tryout basis. Later on, he signed to Arizona Cardinals on January 20, 2010. In the football world, people started calling him The Iron Sheikh because of his huge strength. 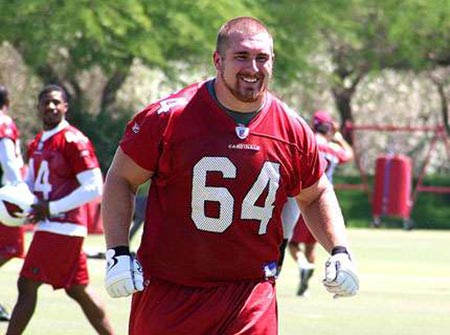 While playing for the team his training partner was Darnell Docket and they used to train together by competing in workouts. Rawley has an incident which caused him an injury which eventually placed him on Injured Reserve.

Rawley has a pretty big career in wrestling which he opted for after leaving football because of a major long-term injury. He is a graduate of WWE's state of the art Performance Centre. His interest towards wrestling built up in his childhood but never thought of working on it professionally. Rawley officially entered the wrestling world with WWE NXT on August 2012. 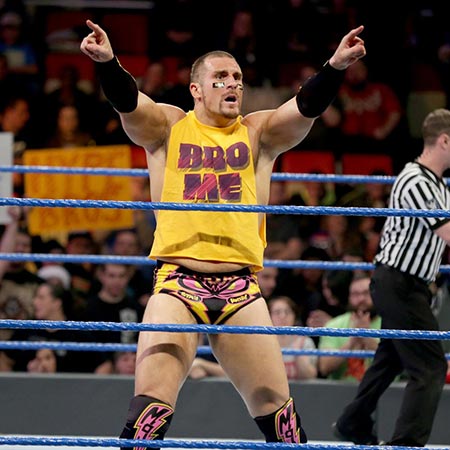 During his time with the WWE NXT, he formed a professional wrestling tag team with Zack Ryder and named themselves as The Hype Bros. The duo went on to defeat players like Mike Rallis and Elias Samson. The team further on joined hands with others as well and on the 10th of February 2016, they managed to defeat John Skyler and Corey Hollis in a tag team match.

Rawley was a supplement pick in the WWE Draft 2016 and was selected by the smack down in the eleventh round. On June 18, 2018, The Hype Bros team which included Rawley and Ryder participated at the Money in the Bank pre-show where they had to wrestle against The Colons: Epico Colon and Primo. They managed to win the game with great effort but lost others matches.

Rawley and Ryder after losing many matches decided to go against each other in a match scheduled at the Clash of Champions pre-show which was won by Rawley twice. He entered the 2018 WWE Superstar Shake-up as drafted by RAW.

Rawley fought in the Greatest Royal Rumble but didn't win. In the Intercontinental Championship on WWE Raw, he went up against Seth Rollins on May 7 which he lost but on June 18, he was able to defeat No Way Jose.

As per some online sources, Mojo Rawley has an estimated net worth of $1.5 million. He earns a salary of $5000 from his career as a WWE wrestler. According to WWE, the average wrestler makes $500,000 annually while the top-ranked earn more. Their salary is usually contract based and they get paid according to the contract details they sign.

He also earned huge income from his former career as a footballer. An NFL player makes an average of $1.9 million annually.

Rawley is a private person and hasn't been rumored to be with anyone. He got ranked 111 out of 500 single wrestlers by the PWI in the PWI 500 in 2017. Rawley lifted the Andre the Giant Memorial Trophy in 2017. He is said to be good friends with NFL player Rob Gronkowski and was a part of Wrestlemania 33 who helped him with the Andre award.

Unreal afternoon at #BearCountryUSA in Rapid City, South Dakota. Had some fun playing with Cinnamon the baby Mountain Lion and getting my eyeballs kissed by Channigan the baby Wolf. Thank you to the above and beyond staff there for taking us on the tour and allowing us to play with some of the most amazing and fun loving animals I’ve ever seen! Go ahead and check that one off the bucket list! Went to go see #MountRushmore and the #CrazyHorse Memorial afterwards and now it’s almost time for #WWERapidCity. Blessed to continuously have opportunities like this to live life the way it should be lived. #Life #BucketList #MountainLion #Wolves #SouthDakota #Mojo #Yolo #CantStop #WontStop


He got featured in 3LAU's music video for his song On My Mind. Rawley can speak Arabic fluently and has also learned to speak the Persian language. Rawley is active on his Twitter and Instagram. He has around 330k followers on his Instagram as of July 2018.