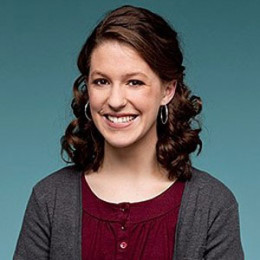 Molly Roloff is a television personality. She appeared in the TLC reality series Little People, Big Wolrd along with her family member. Her parents have dwarfish. She is married to her long term boyfriend Joel Silvius.

Molly Roloff is the Only daughter of the Roloff family who stars in the TLC reality series Little People, Big World with her family, born on 17 September 1993, Oregon, the USA to father Matthew Roloff and mother Amy Roloff. She grew up along with her three brothers Jeremy Roloff, Zachary Roloff, and Jacob Roloff.

When in high school, she was the topper in her class. Later, she attended Whitworth University where she studied Spanish and Accounting. Molly is a good volleyball player and the best student.

Molly Roloff appeared in the Little People, Big World, an American reality television series that airs on TLC along with her family member.s The show presents the daily lives of the Roloff family- parents Matta and Amy, and their four children Jeremy, Zach, Molly, and Jacob, where Matt, Amy, and Zach is a patient of dwarfish, while Molly, Jeremy, and Jacob are average height. The show served for six seasons and ended in 2010. 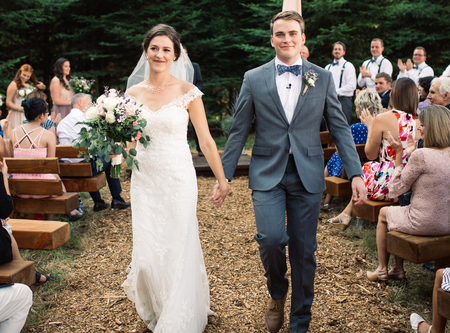 TV star Molly Roloff on her wedding day with her groom Joel Silvius in 2017. SOURCE: US Weekly

After dating for a couple of years, the pair got engaged in 2016. After a year of engagement, the husband and wife finally got married on August 5, 2017, in an intimate ceremony at the Roloff Family Farm with friends and family.

Since their low-key blissful wedding, rumors keep circulating that Roloff might have been pregnant and a mother. However, since Molly decided to live a private life away from the camera with her husband, the pregnancy rumor is not confirmed yet. Not to mention, Roloff also doesn't use social apps.

What is Molly Roloff Net Worth?

Molly Roloff has earned many fans by appearing in the Television reality show with her family. As of 2017, her net worth is under review, but we can assume that she earned a good amount of money by her appearance in the reality show. Her net worth as of 2019 is around $500,000.

In addition, Molly and her husband Joel Silvius also own a house in Spokane, Washington which they bought for $300,000.

Molly Roloff married her long term boyfriend Joel Silvius. The couple met when they are enrolling the Whitworth University.