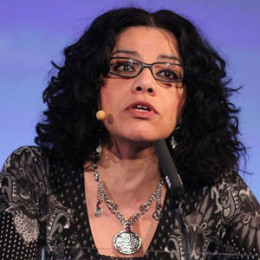 Mona Eltahawy is an Egyptian American journalist and commentator based in New York City, well known for her essays and op-eds for publications worldwide on Egypt and Islamic world.

Eltahawy was born on 1st August 1967, in Port Said, Egypt. Her family shifted to the UK when she was seven and later moved to Saudi Arabia when she was fifteen.

Mona is a graduate of the American University in Cairo. She graduated in the year 1990 with a bachelor's degree and earned a master's degree in mass communications with a connection in journalism in 1992.

Mona was a news reporter throughout the 1990s. She was also a correspondent for the Reuters News Agency in Cairo and Jerusalem and has written for The Guardian, The Washington Post, the International Herald-Tribune and U.S. News and World Report.

Later in 2000, she moved to the United States of America. From 2003-2004, Eltahawy was managing editor of the Arabic-language version of Women's eNews which is an independent, non-profit news website that covers women's problems all around the world.

Mona also wrote a weekly column for the Saudi-owned, London based international Arab publication Asharq Al-Awsat from 2004-2006, before her articles were discontinued by editor Tariq Alhomayed for being 'too critical' of the Egyptian regime.

On 25 September 2012, she got arrested for spray painting an American Freedom Defense Initiative advertisement in a New York City Subway station.

Mona is currently single. Since her first divorce, the thought of getting married has never crossed her mind. According to her, Mona's ex-husband was abusive.

The couple never had a good relationship and looks like a lack of understanding caused the separation.
However, the name of her husband has not been revealed yet, and the couple doesn't share any children.

Mona Eltahawy earns a decent amount of money from her successful career as a journalist and commentator, as her total net worth is estimated to be in millions.

Mona didn't share any details about his ex-husband, even his name was kept a secret. Her then husband was abusive so she got a divorce from him.