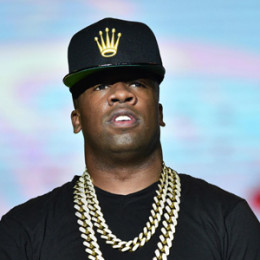 Facts of MoneyBagg Yo

Relationship short Statistics of MoneyBagg Yo

Moneybagg is an award-winning American rapper known for his work such as All Gas No Brakes and Strictly 4 The Traps N Trunks.

Moneybagg Yo was born Demario White on September 3, 1991in Memphis, Tennessee.

Demario began his career in 2012 with the release of mixtapes such as From The Da Block 2 Da Booth and October 20th.

In 2016 he signed with Yo Gotti’s label CMG. That year he released three mixtapes Federal Reloaded, a revision of first of the Federal series followed by ELO(Everybody Lives On) and All Gas No Brakes. One of the mixtapes went on to win the Memphis Hip Hop Awards Mixtape of the Year.

Moneybagg continued his work with Yo Gotti and released another mixtape titled 2Federal. He then released Heartless in 2017 which featured YFN Lucci and Lil Durk. It charted on the Billboards 200. His most recent work includes Federal 3X which is his debut with Interscope after signing a distribution deal.

Even though Moneybagg is seen hanging out with many girl-friends, he is not involved in any affairs yet. He is enjoying his single life. Well, not anymore! He is currently dating his lover, Megan thee Stallion.

During his CD release party on March 14, 2016, Moneybagg and twenty-seven other were arrested on guns and drugs charges at Club Masarati. A year later on AUgust 19, 2017, he was involved in a shooting at the New Jersey Turnpike rest stop.

The talented rapper Demario has accumulated an estimated net worth of 400,000 dollars.