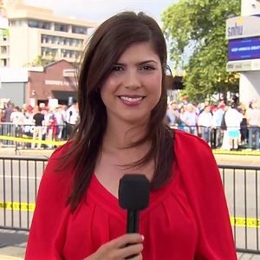 Monica Alba is a White House producer for NBC News in Washington D.C. before covering the Trump administration. She is married to an American political reporter for CNN, Dan Merica. The duo is widely popular for covering the Democratic presidential campaign and 2020 elections.

Monica Alba Married? Who's Her Husband?

Monica Alba is a married woman. She tied a knot with her long-term boyfriend Dan Merica on 22 August 2019 in a rustic wedding ceremony on Lake Tahoe. Tahoe is their definition of heaven on earth. The wedding was managed by Cloud Nine Event Company and captured by Theilen Photography. 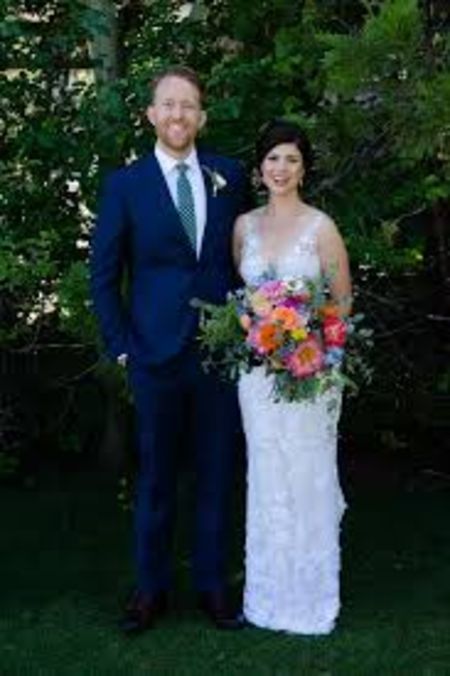 Alba met her husband hopeful in August 2015. At the time, the two were competitors as much as friends who were assigned to cover Hillary Clinton's 2016 Presidential run for their respective networks, Alba for NBC while Dan for CNN.

Over the course of six months and dozens of states, the lovebirds frequently bonded over gallons of coffee, a similar sense of exhaustion, and a mutual love for sweet potato fries. Nevertheless, it wasn't until Monica and dan attended a friend's wedding together in May 2016, they realized that campaign fling wasn't a fling at all.

Followed by a year of an election, Dan proposed Monica on the steps of their home in Washington D.C. Not only that, when Monica got called back to the White House for the job, the environment was appropriately foiled by breaking news. 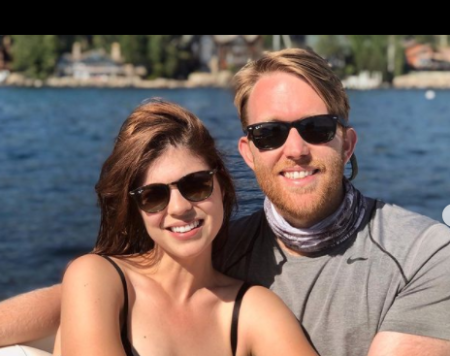 On their very big day, the pair opted to do a first look prior to the ceremony so they could spend some time together, take some portraits, and reveal their big day looks. Monica donned a custom Mira Zillinger sheath gown featuring a deep V-neckline embroidered lace. Dan wore a dark navy-two pieces suit by SuitSupply and custom cufflinks.

Once at the altar, the pair's officiant, Monica's brother in law did the proceedings with a few heartfelt and humorous reflections. Monica Alba chose four readings, representing different aspects of their romance: adventure, humor, love, and commitment. Incorporating a Mexican wedding tradition into the ceremony, they invited siblings, relatives, friends, and journalists to read the passages.

Monica Alba joined Annenberg TV News, a student-produced news show at the Southern California University as a reporter, anchor, and producer. She served there throughout her entire college career. Alba subsequently interned at Telemundo Media, a division of NBC Universal, in early 2006.

She worked at City Projects from 2007 to 2009, where she contributed with documentary producer Philip Rodriquez on the documentary Brown is the New Green: George Lopez and the American Dream. From 2007 and 2009, Alba worked as a production coordinator for Chain Camera Pictures in LA, California. She served alongside Kirby Dirk on a political documentary Outrage. 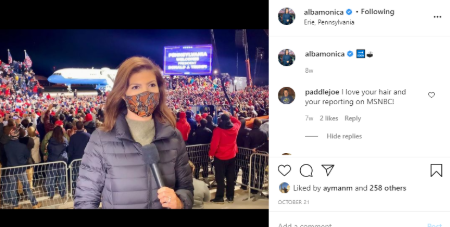 From 2009 to 2011, Monica stayed at USCA to serve as a research associate and junior fellow for the USC Annenberg Center on Communication leadership as well as policy. In February of 2012, Alba became an NBC Latino intern in New York City.

In February 2015, Alba was re-promoted to Associate Producer of Investigations. From 2015 to 2017, She serviced as a Political Campaign Embed prior to becoming an NBC News White House Producer in Washington D.C.

Monica Alba is happily married to her husband Dan Merica since August 2019. They honeymooned in Rwanda and Tanzania and got right back to back in 2020 presidential campaign.