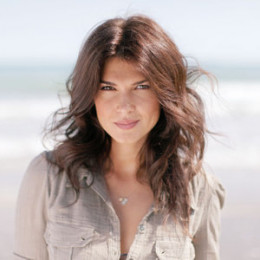 Monica Birladeanu is a Romanian actress and model who was designated the most beautiful Romanian celebrity by Beau Monde, and chosen as "The Sexiest TV Star" by TV Mania, one of the most influential Romanian TV guides. In 2004, she got to play a teenager in the comedy Buds for Life, and by year's end she received a role in her first Romanian movie, The Death of Mister Lazarescu. The film has so far obtained more than 30 awards and was nominated for Best Foreign Film at the 2005 Independent Spirit Awards.