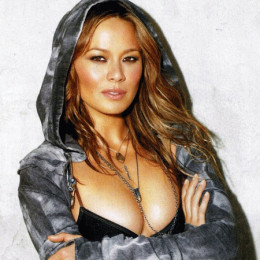 Her actual name is Korinna Moon Bloodgood, who is an actress and a professional model. She is known for playing in the 2009 film Terminator Salvation, as Lt. Blair Williams and in the TNT TV series Falling Skies, as Anne Glass. She is the daughter of Sang Cha, a Korean and Shell Bloodgood, an American of Dutch and Irish descent. In 2009, she was appointed the goodwill ambassador of the Korean Tourism Organization.

She is now married to her long time dated boyfriend who by profession is a director and screenwriter. The couple is blessed with a beautiful daughter. There is no sign of their divorce as they seem happy and satisfied with each other's presence. Besides all this she has been through few dates and breakups. Once she was engaged with an actor but later called it off.

He is the first and the current husband of Moon, who works as a film director and producer. The couple has raised a daughter together.

She is the first child of Moon and her husband, who was born healthy.