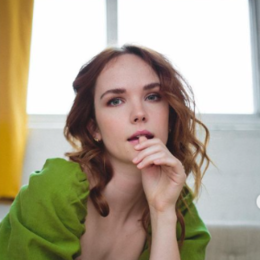 Morgan Kohan is an actress best known for her appearance in Hallmark movies When Hope Calls When Calls the Heart, Batwoman and many others. Kohan worked at theatres before she joined the Hollywood industry. Morgan joined the Randolph Academy of Toronto immediately after graduation.

Who is Morgan Kohan Married to? Know About Her Husband And Kids

Morgan Kohan is in a romantic life in together relationship with a fellow American actor Drew Nelson. He plays a staple on Morgan's page. Kohan played the love interest of Drew Nelson om the series "A Whirlwind Wedding." 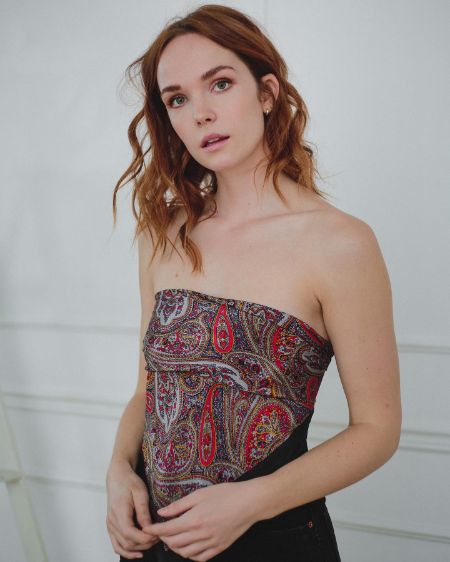 Morgan Kohan has been in a relationship with actor Drew Nelson for about five years. SOURCE: Morgan Kohan's Instagram (@morgankohan)

Kohan has been dating Drew Nelson since August 19, 2016. The lovebirds recently celebrated their fifth anniversary on August 19, 2021. The actress has not yet decided to get married or engaged, but they have been sharing a home.

Morgan Kohan possesses an estimated net worth of $1.5 million as of 2022. she receives a huge payroll of $55,880 annually from her career as an actress. Currently, she is living a sound life in the suburbs of Canada with her boyfriend.

Kohan pursued an acting field after she spent her childhood dancing in competitions. In 2018, Kohan won many hearts for landing the major role in Murdoch Mysteries and Ransom. Morgan's other television movie credit includes A Romance Wedding, A Whirlwind Wedding, and Kitty Mammas.

In 2019, Morgan appeared in three feature moves, including The Marijuana Chronicles. The show was displayed at the 2019 Santa Barbara International Film Festival. Morgan Kohan is the only woman to portray Stephanie Brown in a live-action role on Batwoman.

In the series, Kohan played the daughter of supervillain Cluemaster. However, she didn't follow in his evil footsteps. Kohan is popular for playing Lillian Walsh in the Hallmark series When Hope Calls on the small screen.

Check out the clip of MOrgan Kohan in an interview speaking about her work!