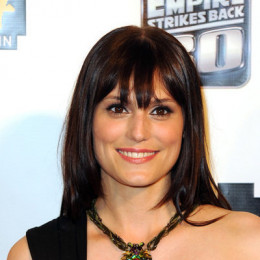 Morgan Webb is known for her appearance as a co-host of the G4 show X-Play and she has also served as a senior segment producer of the show. The show is now canceled. She was also the host of the podcast WebbAlert. She has been seen on the screen since she was a baby appearing in a baby food commercial. She has been featured in several of the prints medias including Maxim,, FHM, etc. There is a confusing report on her place of birth as some state it to be Canada and some in the United States. She holds bachelor's degree in rhetoric.

She is former co-host of now-canceled G4 show X-Play. She worked in a production role at an independent game studio Bonfire Studios in March 2017.

There is not much information available on him. They are married for nearly a decade. They are living happily and they have no children yet.