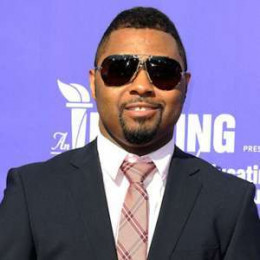 Musiq Soulchild is possibly single as of now but previously he linked up with many celebrities. He first dated 702 singer, Kameelah Williams and shared a son, Zac.

Later, the singer was in a romantic relationship with Instagram Influencer Ashley "Tiyumba" Wright. The couple has a daughter, Satori Solaris Wright (born on October 2017). They, however, broke up later after Ashley came out as Lesbian.

Musiq Soulchild holds a net worth of $9 million.

Musiq Soulchild was born as Taalib Johnson on September 19, 1977, in Philadelphia, Pennsylvania, U.S.

Taalib has received several awards from Billboard, BET, the American Society of Composers, Authors and Publishers, BMI, and Soul Train. Musiq has also been nominated for awards by MTV, The American Music Awards, the NAACP, and has had 11 Grammy nominations.