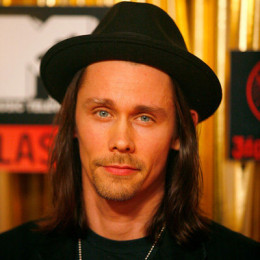 Myles Richard Kennedy is a singer, musician, and songwriter. He is a member of the rock band Alter Bridge, as the lead vocalist and rhythm guitarist.

Myles Kennedy was born as Myles Richard Bass on November 27, 1969, in Boston, Massachusetts. Although he initially lived in Northern Idaho, he moved to Spokane, Washington as a child where he grew up with a Christian family on a farm.

Myles' father, Richard Bass, died when he was four years old and his mother subsequently went on to marry a minister, and the family took the surname Kennedy.

Kennedy went to Mead High School. Meanwhile, his musical inspiration came from Led Zeppelin, Marvin Gaye, and Stevie Wonder. He then began copying the playing style of Jimmy Page as he started playing trumpet at the age of ten, and guitar at fifteen.

Kennedy began his music career with the rock band named Cosmic Dust where he performed as a lead guitarist. His debut album was released in 1991 named Journey.

Later on, he joined the band named Citizen Swing. As a part of the band, he came out with 2 music albums in the years 1993 and 1995, before leaving the band the same year in 1995. He then went on to form his own band named The Mayfield Four with his friends. They released two music albums Fallout and Second Skin in 1998 and 2001 respectively.

In 2003, Myles joined a rock band named Alter Bridge and worked on 4 music albums with the band. He is still associated with the same band. Meanwhile, he also worked for an album with another band led by his guitarist friend Slash.

Apart from music albums, Myles had a cameo role in the movie Rock Star, while he also appeared on one of the episodes of World Wrestling Entertainment.

Myles Kennedy has an estimated net worth of $3 million. He made a small fortune through his performance at various bands and musical records. His wealth is expected to increase in the future as he still remains at the peak of his career.

Talking about his personal life, Myles is a married man who dated his longtime girlfriend before marrying on 14th June 2003. They currently reside in Spokane, Washington.

Myles is quite often seen with his wife, Selena Frank, despite having a busy schedule. There are no rumors regarding his extramarital affairs and other stuff. There is no information regarding his kids yet. The guitarist is diagnosed with tinnitus. 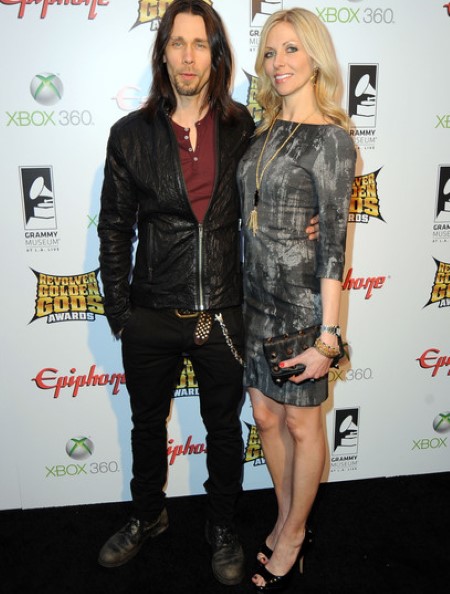 Myles is a tattoo lover and has a tattoo of an octopus on his right upper arm, a dragon on his left forearm, a koi fish on his right forearm. According to Alter Bridge lead guitarist Mark Tremonti, Kennedy is an atheist.

However, in an article titled Losing My Religion from a November 2010 issue of Kerrang! magazine, Kennedy said he places himself 'somewhere in the middle' between being an atheist and a Christian'.

When he's not writing, performing or listening, Myles loves to learn more about its history. The guitarist claims to be a geek in that kind of way.

She is a tall, gorgeous lady who seems pretty much happy with her rock star husband.