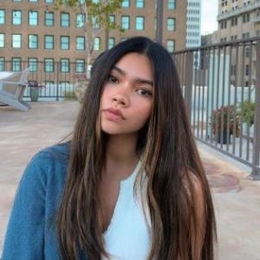 Myra Molloy is a Thai American singer and actress best known for winning the reality competition show, Thailand's Got Talent at thirteen years old. Maolloy also gained prominence after being featured as Quinn on the 2021 Netflix feature film, He's All That.

The 24-year-old Thai-American singer Myra Molloy and her boyfriend Julien Chien made the romance official on April 5, 2020. Mya, who always maintained privacy regarding her dating life and personal affairs, took her relationship with Julien to another level by being outspoken about it. 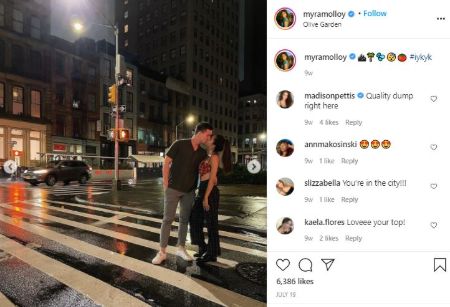 In the same vein, Myra shares several Instagram posts, including sharing kisses with Julien and enjoying romantic dates with her man. Mya, in July, stepped out with her boo to a musical show & posted a picture of kissing him at Olive Garden. The fans are really happy to see the adorable couple's romance on their social media profile.

Well, it seems like Molloy surely found the perfect man for her at the right age and time. On August 24, 2020, Myra managed to snap some private moments with Chien on her Instagram profile for the very first time. And, Molloy could be seen placing her arm around Julien's shoulder.

On the occasion of Valentine's Day, the singer shared a duo's cozy selfie & captioned photo, writing a sweet message, "Happy Valentine's Day to the man that makes me snort-laugh. Love you Juju." The linkup with Julien is, in fact, her first relationship as Myra never dated anyone before.

And it looks like even heaven favored Myra as she's dating a person who loves her with all his heart. The well-wishers are truly happy to see the actress relishing a prosperous relationship. We hope to see this lovely couple together for many years to come.

Myra Molloy - Net Worth And Career

Myra Molloy is a popular singer who gained prominence by winning the reality competition show 'Thailand Got Talent' at thirteen. Some of the songs which Myra sang in the competition are Time to Say Goodbye, Think of Me, and Pie Jesu.

Check out the video of Myra Molloy's cover of Hozier's song Cherry Wine.

Having said that, when Myra was eight years old, her cover of 'Somewhere Over the Rainbow' went viral on YouTube. As of 2021, Maneepat Myra Molloy's self-titled Channel consists of almost 40 videos, 30,000 subscribers, and 100k views.

Furthermore, Molloy gained a boost in her popularity after performing the songs and dubbed the voice of Moana in the Thai version of the Walt Disney animated feature film. Myra's recent appearance as the actress on the Netflix movie 'He's All That,'  released on August 27, 2021 gained her more fame. 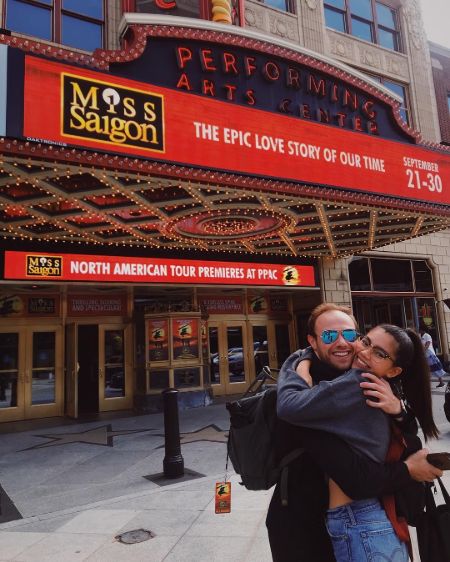 Coming to the net worth of Mya, it is estimated to be around $800,000, which she earned from her profession as a singer, songwriter, and actress. Currently, Ms. Molloy resides with her family in Los Angeles, California.