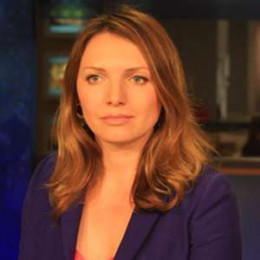 Born in Berezhany, Myroslava Gongadze is a political activist and a journalist. She is mainly known as an advocate of press freedom and reporter's safety. She went to Lviv University and graduated with a master's degree in civic law in 1997. Myroslava became involved in journalism and Ukrainian politics as well since the early 1990s. She started her working as a specialist in the journal Post-Postup.

Around 1993, Myroslava was actively involved in filmmaking as well. She worked in a short documentary film 'Shadows of War' as an assistant director. She later married the director of the same movie who was later brutally murdered. After the incident, she started working for press freedom and justice for victim reporters. In 2001, she founded the Gongadze Foundation for  justice and freedom in press. She has two children; both of them daughters.

Georgiy Gongadze was a journalist and a film director from Ukraine. They were married for five years until he was kidnapped and murdered in 2005. They have two daughters together.

Nana was born as a twin daughter of Myroslava. She has a strong passion for writing.

Solomiya was born as a twin daughter to Myroslava. There is not much information about her except some pictures.