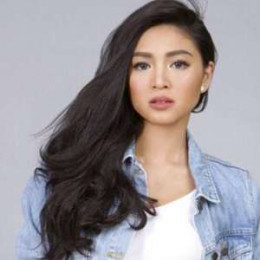 Nadine Lustre is a singer and an actress. She acts as a lead role in Diaery ng Panget . She attended Diliman Preparatory School and is currently taking up Communication Arts at Colegio de San Lorenzo in Quezon City. Nadine Lustre began her career at the age of nine as a TV Host on the show named Storyland. She has worked with Yassi Pressman And Kean Cipriano.Nadine Lustre has won 4oth Metro Manila Film Festival Award. Nadine is daughter of Ulysses Lustre and Myraquel Paguia Lustre.