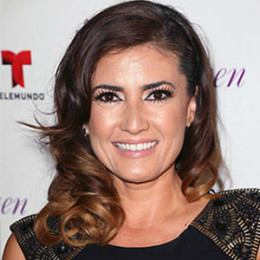 A Mexican-American Multiple-Emmy Award winning Journalist, Naibe Reynoso started her career in television when she was a student at UCLA. Her bilingual background includes investigative reporting, hosting, entertainment reporting, radio, and TV production. She has worked and contributed to networks and websites including KTLA, Univision Network, Reelz Channel, CNN en Espanol, the Biography Channel, Fox News Latino, ORA TV, KCBS and has even filled in as a co-host on "The View".

Most recently Naibe hosted and produced News and entertainment stories for Newsbreaker and Newsbreaker en Espanol on Larry King's online network, ORA TV. She also worked as a production assistant for various sitcoms including "The Drew Carey Show" and "Step by Step. Naibe Reynoso is currently a board member for the prestigious Peabody Awards. Reynoso is married woman and mother of two children.