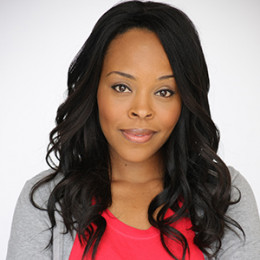 Nakia Burrise is an American dancer, actress, and singer as well as model. She grew up with her family, Nakia Burrise is the daughter of Cornell Burrise and Debroah Burris. She began performing acrobatics by the age of five. She attended Thomas Alva Edison Senior High School in Stockton, California and UCLA's School of Theater. She started her career appearing the role as Tanya Sloan " the Yellow Zeo Ranger" and later, the first Yellow Turbo Ranger on the television series "Power Rangers Zeo and Power Rangers Turbo" from 1996 to 1997.

She will star in an upcoming short movie "The Order" in 2017. She is the Siblings of Cornell Burisse Jr. and Marvell Burrise. She is a married actress and married to Nick Gavino. The couple has been blessed with two children named, Nolan and Nyan. She is living her life very happily and comfortably with her family so there are no signs of divorce.

She got married to Nick Gavino.She is enjoying her life with her two baby boys and her handsome husband.

They welcomed their first baby boy child, she gave birth a baby boy on Monday ,July3. He has one younger bother..

He is the second child of this couple. He has one elder brother.There is no information about his date of birth.