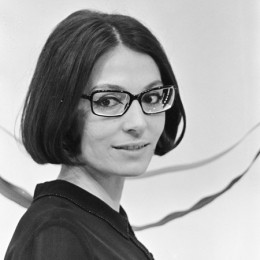 Her birth name is Ioanna Mouskouri, who by profession is a singer. She studied classical music with an emphasis on singing opera and till now has recorded in several languages such as English, Italian, Spanish, Greek, French, German, Dutch, Turkish and many more. For her humanitarian work, she received the 2013 National Honor of Quebec from the Premier of the Province. She is the daughter of Constantine, a film projectionist and Alice.

Accounting her personal life, till now she has been married twice. Her first marriage lasted almost 14 years and with her first husband she has raised two children: a son and daughter. After getting divorce, she met another guy, who works as a sound technician. The couple seems happy and totally satisfied with each other. She is enjoying her second marriage since 2003 and they now live in Switzerland.

He is the first husband of Nana whom she married at the age of 25. He was a guitarist in her backing band "The Athenians".

He is the second and current husband of Nana, who by profession is a sound technician.

He is the first and only son of Nana, who was born healthy.

She is the only daughter of Nana, who by profession is a singer known under the artist name Lénou.