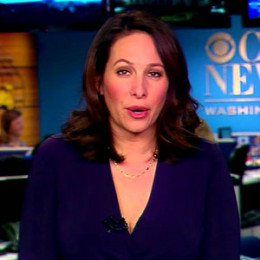 Nancy Cordes is a CBS News congressional correspondent based in the Washington and contributes to all CBS news broadcasts and platform. She is the former ABC News reporter. Her dedications and her inspiring attitude have made her known as a well correspondent. She has always dreamed of being on television, and here she is known as one of the most known journalists.

Nancy was born in Los Angeles and grew up in Hawaii with her sibling. She holds American nationality and belongs to white ethnicity.

Cordes began her career as a reporter from KHNL-TV in Honolulu. Before joining CBS News in 2007, she was an ABC News correspondent based in New York where she reported and covered many major news stories including Hurricane Katrine, the war in Iraq, and the 2004 election.

She has also worked with WJLA-TV where she covered the September 11 attack on Pentagon, the 2000 Presidential race, the D.C area sniper attacks and peacekeeping efforts in Bosnia.

Talking about her personal life, Nancy is a married woman. At present, she is residing in Washington with her husband, Harald Cordes, and children.

Cordes and her husband exchanged their vows in the year 2006, and since getting married, the couple is seen having a wonderful time together. They are blessed with two children, daughter Lila(b. November 2008), and a son Noah(b. May 2010). Nancy and Harald have spent around ten years together, but their love for each other is still the same with no signs of getting a divorce.

Looking at her successful career, she probably must have a net worth in six didgits. However, her actual earnings and salary have not been disclosed yet.

Nancy exchanged vows with Harald Cordes on 2006. The adorable couple is blessed with two children and currently residing in Washington D.C.

Nancy and Harald had their first daughter, Lila in November 2008.

The couple had their second child, a son, Noah in May 2010. the duo along with their children are leading a very happy life.