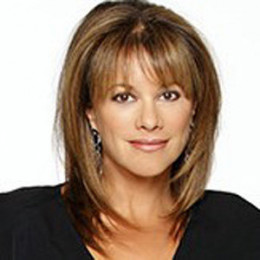 An American writer and actress, Nancy Lee Grahn is currently single. Her parents are choreographers. Nancy has worked for many movies as well as television series. Obsessed with a Married Woman is her film, she has a role of Bianca. "Little House on the Prairie" is her first television series, she has a role of Saloon Girl in an Episode: "He Loves Me, He Loves Me Not: Part 2".

Nancy Lee Grahn is a single mother. She has a daughter named Katherine Grace, she was born in 1998. Nancy graduated from the University of Illinois at Urbana-Champaign. Nancy is popular with her movies such as Santa Barbara (1984), General Hospital (1963) and One Life to Live (1968).She is also a co-host with her partner Ron Cummings. Nancy has won three times Soap Opera Digest Award in a category of Outstanding Supporting Actress from her movie General Hospital.

American actress Nancy Lee Grahn was born on April 28, 1958, in Skokie, Illinois to a Jewish mother and a Lutheran father. Both of her parents were involved with their local community theater in Skokie.

She has a mixed ethnicity of Jewish and Lutheran and her nationality is American. She is mostly recognized for her role in Santa Barbara as Julia Wainwright Capwell which was aired from 1985 to 1993.

Her first stage appearance was as a pony in a community production of Oklahoma. She portrayed the Daisy Mae at Niles North High School.  As a freshman at the University of Illinois at Urbana-Champaign, Grahn landed her first pivot role in  Guys and Dolls.

Later she moved to New York City and learned acting. She has appeared in several commercials and industrial films.

She has worked on numerous episodic prime time television such as; Little House on the Prairie, Murder, She Wrote, Magnum, P.I., Diagnosis: Murder, Perry Mason, The Incredible Hulk and much more.

Nancy first television role was as Beverly Wilkes on ABC's One Life to Live. In 1985 she was cast in Santa Barbara. Even she won the  Daytime Emmy Award for Best Supporting Actress in 1989.

In 1996 she was cast in General Hospital and gets nominated for several additional Daytime Emmys, winning in the Outstanding Supporting Actress category in 2012.

Katherine Grace is possibly single right now but in past, she was married, woman. However, details regarding her former husband are hidden behind the curtains.

She has a daughter named Katherine Grace who was born on 1998. On the website, A is For, Nancy revealed she gets pregnant at 25 and wanted to have an abortion but later she refused.

Nancy Lee Grahn earns a decent amount of money from her successful acting career. She has a total net worth of $3 million.

She has a daughter named Katherine Grace, she was born in 1998.