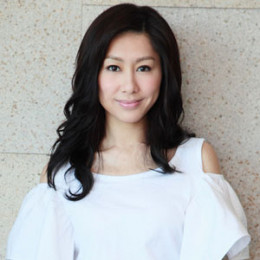 Nancy Wu is a Hong Kong actress and is highly praised by fans for her acting skills. She is signed to TVB. Nancy has won many titles from participating in different competitions and is recognized as one of the beautiful actresses in Hong Kong. Nancy Wu rose to fame with her achievement as top four in New Talent Singing Award competition and thirds in TVB.

Born on September 9, 1981, Nacy Wu is a Hong Kong actress. She holds Chinese nationality and belongs to the Asian ethnicity.

When in her teens in 1999, Wu participated in TVB’s 18th Annual New Talent Singing Awards competition and finished in the top four.

In 2001, she entered TVB’s 3rd Annual Cover Girl Competition and won Most Photogenic Award, Most Fit Award, the Most Attractive Award, and the Overall Winner Award.

Following her success in the competition, Nancy enrolled in 18th TVB Acting Class and entered the entrainment industry. In 2004, she gained much recognition in Hong Kong and China mainland for playing Wan Wan in Twin of Brothers which is one of the most memorable roles of Wu.

Nacy played major roles in The Ultimate Addiction, Ghost of Relativity, Short End of the Stick, House of Spirits, A Sift Within Four Walls and so on.

In 2017, she has starred in the movies The Alliance and Deep in the Realm of Conscience.

Wu has won several nominations as well as won many awards. In 2006 she won the TVB Travel Artiste Award. She has also won many Starhub TVB Award in different categories.

Nancy Wu was in a relationship with a musician named Terry Chen’s which lasted for almost two years ago. On Valentines Day, Terry gave Wu a bundle of rose as a present.

However, in July, Nancy Wu posted on her Instagram saying Terry is just a friend. Many people suspected that they broke up because Terry had a new affair, but, he denied it.

Nancy is rumored to be dating actor Ruco Chan after being spotted hanging out with him after work. She has denied the rumors on many occasions. Also recently Ruco went out with a former Miss Hong Kong contestant Phoebe Sin.

Both Ruco and Nacy have addressed their relationship as just friends. So Nacy is currently single and more focused on her career.

A gorgeous and award-winning actress Nancy Wu has not disclosed her earnings yet. But looking at her successful career she certainly earns good money and must have a huge net worth.