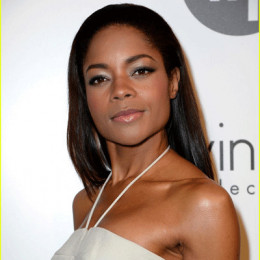 Naomie Harris is English actress and has made her each appearance on the screen meaningful. Born to Winston Harris and Lisselle Kayla, she grew fond of acting. She has worked in over 70 films while, she has also appeared in television shows, video games and theaters. Her works in Small Island, Blood and Oil, The Tomorrow People have been highly appreciated. She has also won awards like Black Reel Awards, Glamour Awards and Essence Awards. Moreover, she has been nominated for various prestigious awards.

Naomie Harris is currently in relationship. Naomie has been through numbers of relationships previously too. Harris is glamorous celebrity and there is no doubt about huge crowd following her. So far reports are concerned, she is yet to tie nuptial knot and is straight by sexual orientation. And she does seem to be loving girl so, most of her relationships last long. Now it is to be seen if her current relationship will take official turn.