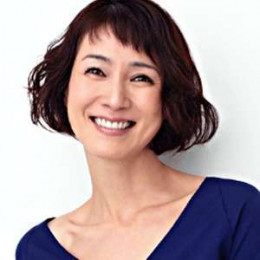 Narumi Yasuda is a married woman and her husband is a film producer and actor. The couple married in 1995 and so far, no news has been made on them having children. They are still together and shares a good chemistry with no signs of divorce till date. Unlike her successful acting career, very few details are made open regarding  Yasuda's personal private life.

Narumi Yasuda got married to Noritake Kinashi in 1995. She is living her life very comfortable with her husband.