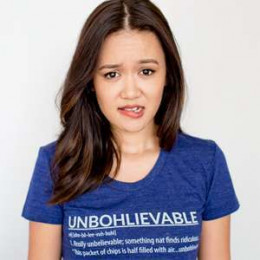 Natalie Tran is a famous Australian vlogger, writer, actress, and a comedian best known for her youtube channel "community channel" which has more than 1.8m subscribers. Tran's mother and father, both were refugees who left Vietnam for Australia in 1981, previously practiced law and literary lecturing respectively. She graduated from the University of New South Wales with a bachelor's degree in digital media.

Natalie Tran is best known for her quirky and diverting videos. She has  also appeared on the TV show "The project and Talkin' 'Bout Your Generation", which was her debut show. Natalie made her film debut from "Goddess" as Helen which was released in 2013. She is married to Rowan Jones, a retired Australian rules footballer, and lives with him. The couple has been occasionally featured together in her videos.

Rowan Jones is a retired Australian Footballer. Nat and Rowan started dating before November 2010. They have appeared together in some of the videos.