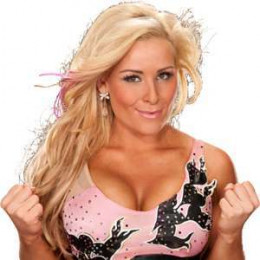 A Canadian-American professional wrestler, Natalya Neidhart, is married to TJ Wilson, a Canadian professional wrestler, since 2013. Natalya is signed to World Wrestling Entertainment and works on its Smackdown and ECW brands. She trained in the Hart family �Dungeon,� with the help of her uncles Ross and Bruce Hart. Natalya has also received training in amateur wrestling, as well as mixed martial arts.

Natalya Neidhart has also established herself as the first third-generation female wrestler in the world. Her main roster debut was as a heel on the April 4, 2008 episode of SmackDown, aiding Victoria against Michelle McCool and Cherry. Natalya continued to compete in several tag team matches but later debuted on the ECW brand. She won her first WWE Divas Championship on November 21, 2010. Natalya is married to TJ Wilson.

Neidhart has known TJ Wilson since she was 12 years old and they began dating in November 2001. They married in 2013.