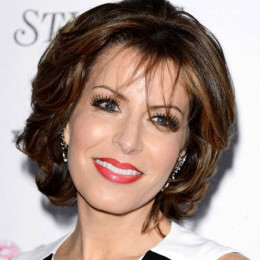 Natasha Margaret Kaplinsky is a British television presenter who is recognized for her news-reading roles on BBC News, Channel 5, Sky News and ITV News. She is the daughter of Raphael Kaplinsky, a University professor and Catherine Kaplinsky, a psychotherapist. In 2004, she won the first series of BBC's Strictly Come Dancing. In 2010, for the UK charity "Save the Children", she became celebrity ambassador.

Talking about Natasha Margaret Kaplinsky's personal life, she is now officially committed to her long time dated boyfriend. She is happily married to her boyfriend with whom she has two children. The couple first met on a blind date and fell in love with each other soon after.They both seem satisfied and positive towards each other so there is not any probability of their divorce. Details about her past affairs have not been disclosed yet.

He is an investment banker from London at Babington House, Somerset. They first met on a blind date six months earlier from their marriage.

He is the first child born safe and sound. His pictures can be easily found on Internet under his mother's name.

She was born healthy and is the only daughter in the house.