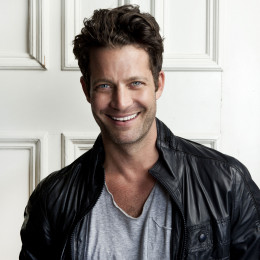 Nate Berkus is an American interior designer and host who got into the limelight after appearing in the ABC's reality show "Oprah's Big Give" where he used to give interior design advice to the viewers. He has published books named Home Rules: Transform the Place You Live Into a Place You'll Love and The Things That Matter which was highly acclaimed. Berkus associated with Target and put up his collection for sale at the Target stores selling accessories, bedding, bath, window, and lighting stuff.

Nate Berkus is married to his interior designer husband Jeremiah Brent since 2014.  They were deeply in love and wanted to have a family so they decided to give birth to two children through a surrogate.

Nate Berkus was born Nathan Jay Berkus on September 17, 1971, in Orange County, California. He was raised in a Jewish family in the suburban Minneapolis. For schooling, he attended a boarding school named Cushing Academy located in Ashburnham, Massachusetts. Berkus was interested in design from a small age and wanted to pursue a career in designing growing up. 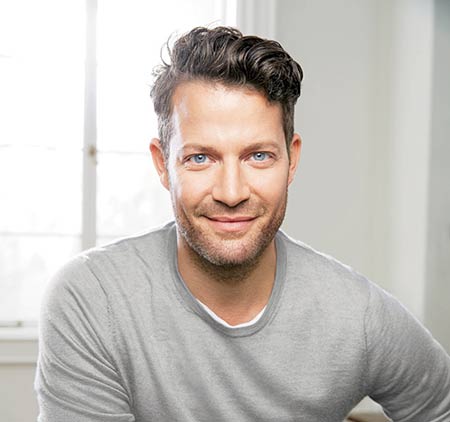 After finishing high school he went to intern at Dominique Aurientis which was in Paris to learn the workings of designs. He also interned at the Sotheby's in Chicago. Later on, he enrolled at Lake Forest College from where he graduated with a degree in French and  Sociology in 1994. After graduation, he opened his own company named Nate Berkus Associates in 1995. It was situated in Chicago and soon he started making a name for himself through his company.

His father is the co-founder of National Sports Collectors Convention and is related to some big names. He is related to Dave Berkus who is a capitalist, Barry Berkus an architect, Gunther Berkus a Musician and some more. Coming from a family background of popular individual he sure has a flair for business and was sure to reach heights in his career.

Nate Berkus is professionally a designer but also worked as an actor, producer, and host who has been successful in his career. His official designer career took off in 2005 when his book named Home Rules: Transform the Place You Live Into a Place You'll Love was published by Hyperion Book in November 2005. The book contained step by step procedures and ideas related to home decoration and design which made him famous among the people.

The same year Berkus started selling his stuff in online retailers of house supplies, home textiles, and decorative stuff, Linens 'n Things throughout North America. On October 16, 2012, Berkus released his second book named The Things That Matter and eventually it became a New York Times Best Seller. His book was even honored as the Washington Post named One of the Best Interior Design Books of the Year. The same year he initiated to open up his own Target Collection collaborating with some Target store.

His collections included 150 pieces of bath products. bedding, lighting, window, rugs, and accessories. Berkus is still associated with Target and has released several collections ranging from seasonal products as well as holiday accessories. Berkus want to experiment in every aspect and thus has also released stationary and office items. He launched his own fabric collection at Calico Corners in January 2013.

Besides his artistic career, he also appeared in the small screen when he was chosen to host the ABC's reality show Oprah's Big Give. In the show, he used to give interior design advice to the viewers. The show first aired on March 2, 2008, but ended too soon after a month on April 20 deciding to not renew it for a second season as well. His hosting career did not stop right there he was again offered to host his own daily show named The Nate Berkus Show produced by Sony Pictures Television and Harpo Productions.  It aired on some 10 stations for two seasons and later Sony Pictures decided to end it right there at season 2 and did not renew it for the third season. He also has worked as a producer and was an executive producer for the 2011 movie, The Help. Berkus starred in the American daytime television show named Days of Our Lives in 2011 where he portrayed himself for two episodes. In the show was seen designing the offices of MadWorld Cosmetics for Madison James.

In 2013 he worked with NBC for a primetime series named Renovation Nation. The series was later named American Dream Builders where Berkus was a host and a producer as well. In the series, American top designers, architects, landscapes, and builders compete against each other whilst showcasing their talent by renovating home stuff.

Berkus and interior designer Jeremiah Brent launched a TV show named Nate & Jeremiah By Design in 2017 and was broadcasted on TLC Network. As the show was a success it was announced to be renewed for a second season on August 30, 2017. The airing date has not been finalized yet.

Nate Berkus is estimated to have a net worth of $6 million and $18 million according to The Richest and Celebrity Net Worth respectively. He earned his huge income from his career in the entertainment industry and is in the designing world. In 2015 they put their Greenwich Village penthouse for a sale of $10.5 million. 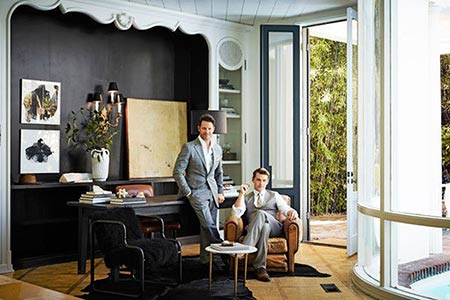 The house measures about 2800 sq feet having three bedrooms, two terraces, and windowed walk-in-closet. It was bought at a price of $6 million in 2013. Later on, they bought a house in West Hollywood in September 2015 where they live now at $2.36 million. The couple has a Los Angeles beach house which they put on the market for $2.995 million in 2016.

Nate Berkus is married to his interior designer husband Jeremiah Brent since 2014. They first met after Brent's mentor Rachael Zoe from the Rachel Zoe project brought them together for a date. They became friends for some years and later on started having feelings for one another as their interests matched too which made them a match made in heaven couple. The couple started dating in 2012 and after deciding to take their relationship to the next level decided to get engaged in April 2013.

Then after more than a year prior engagement they finally married in December 2014 in Manhattan. They were deeply in love and wanted to have a family so they decided to give birth to two children through a surrogate. Berkus and Brent gave birth to their daughter Poppy Brent-Berkus on March 23, 2015, and later on their son, Oskar Michael Brent-Berkus was born on March 26, 2018. The happy family of four is residing in West Hollywood, California. 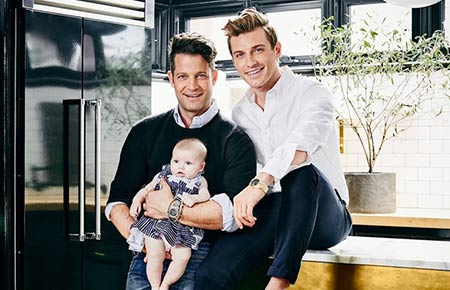 Before being married to Brent he was in a relationship with photographer Fernando Bengoechea who died in the December 26, 2004, Indian Ocean Tsunami. During the incident, the couple was on a vacation at a beach resort in Sri Lanka which hit them. Berkus survived the hit but his former partner Bengoechea went missing and later on pronounced dead as his body was nowhere to be found. A year later Berkus was seen on The Oprah Winfrey Show talking about his experience of the deadly incident and about the loss of his loved partner. Berkus couldn't forget about this tragic loss and was heartbroken. After meeting Brent the feeling of true love sparkled in his heart again.

Berkus and Brent both were featured in Banana Republic's True Outfitters ads the magazines like Rolling Stone and InStyle in early 2014. That time they were the first couple to be featured in ads for the magazines as stated by the New York Times. Their apartment in Manhattan apartment was featured in the Architectural Digest magazine's September 2015 issue. The couple along with their daughter Poppy appeared in the cover of the magazine.

The couple married in December 2014 in Manhattan after getting engaged in April 2013. They are blessed with two children a boy and a girl.

The couple gave birth to their first child, Poppy through a surrogate on March 23, 2015.

The couple gave birth to their second child a son named Oskar through a surrogate on March 26, 2018.