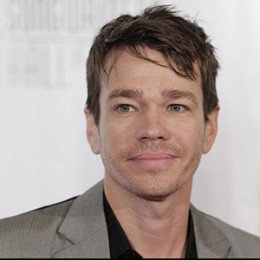 Nate Ruess, and American singer, actor, and songwriter is currently dating Charlotte Ronson, an English fashion designer, since 2014. He was born to father Larry Ruess and mother Bess Zinger. He spent his childhood in Arizona. Nate graduated from the Deer Valley High School, and he took up a job in a law firm. Nate joined punk bands in high school and began performing in high school with “Nevergonnascore”.

Nate Ruess is the lead vocalist of indie pop band “Fun." and was previously in the band "The Format”. Nate appeared on semi-autobiographical film, “The Grand Romantic” on Apple Music. There were reports that he had dated the sister of his band mate Jack Antonoff, Rachel Antonoff, who is a fashion designer. But the couple broke up their relationship. There were rumors about his relationship with Ellie Goulding but it was not confirmed. Nate is currently dating Charlotte Ronson.