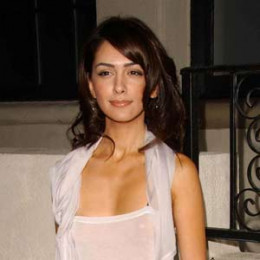 Nazanin Boniadi is Iranian born, British-American actress, and an activist. She fame rose to prominence, portraying the character of Leyla Mir on the Emmy Award-winning daytime drama General Hospital and General Hospital: Night Shift, its SOAPnet-spinoff. Her appearance in the show made her the first actor to play a Middle Eastern character in American daytime TV and also the first t Iranian born to be contracted in an American soap opera.

Nazanin Boniadi was born on 22 May 1980 in Tehran, Iran. At the time Tehran was at the peak of Iranian Revolution, hence her parents moved to London. As a young girl, she performed ballet and violin.

She went to a private school before moving to the U.S where she attended the University of California, Irvine earning a bachelor's degree with Honors in Biological Sciences. For her molecular research in cancer treatment and heart transplant rejection at UCI, she won the Chang Pin-Chun Undergraduate Research Award. She also served as an Assistant Editor-in-Chief of MedTimes, the university's undergrad medical newspaper.

In 2009, she attended the Royal Academy of Dramatic Art.

In 2006, Nazanin Boniadi pursued acting career switching from science. She made debut from the series The Game. She gained fame after appearing in the soap opera General Hospital and its spin-off General Hospital: Night Shift. In the series she portrayed the character Leyla Mir appearing alongside Carolyn Craig, Emily McLaughlin, Roy Thinnes and Jana Taylor among others.

In 2008, for her performance in the series, she won a nomination for an NAACP Image Award for Outstanding Actress in a Daytime Drama Series. She is the first actor to sign a contract to play a Middle Eastern character in American daytime television and the first Iranian born to ever be on contract on an American soap opera.

She also appeared in popular Hollywood movies in supporting roles including Iron Man, Charlie Wilson's War and The Next Three Days. Boniadi played a recurring character Nora in the CBS sitcom How I Met Your Mother.

In May 2013, she portrayed the character of CIA analyst, Fara Sherazi in the third season of Homeland and in the fourth season she became a regular.

Her recent work includes sci-fi thriller series Counterpart where she portrays Clare. She is also set to appear as Zahra in the upcoming movie Hotel Mumbai.

Nazanin Boniadi is a spokeswoman for Amnesty International USA (AIUSA). It is an organization that focuses on the unjust conviction and treatment of Iranian youth, women, and prisoners of conscience. Also, she has written op-eds for CNN and The Huffington Post.

With Morgan Freeman, she did a voiceover to AIUSA's 'Power of Worlds' public service announcement, winning a Webby Award. Further working with AIUSA, she campaigned for International Violence Against Women Act(I-VAWA), served as a panelist and emcee for events related to Iranian rights and gave it her all in The Neda Project with AIUSA.

In December 2010, she started an Amnesty International petition for Iranian directors Mohammad Rasoulof and Jafar Panahi, both convicted of propaganda against the stare. It was co-signed by more than 21,000 people including Paul Haggis, Martin Scorsese, Ron Howard and Harvey Weinstein.

In 2011 Boniadi got the Social Cinema Award at the Ischia Global Film & Music Festival, for her contribution to human right work with Amnesty International.

While volunteering for the Office of Special Affairs in L.A, she was approached by Greg Wilhere, church's official, that she had been chosen for a special project and had to remove her braces and remove her red highlights and maintain even color. Boniadi left her longtime boyfriend as per their instruction and was made to sign a confidentiality agreement which read she would not leave the project without the church's approval.

After a month she moved to New York and found out that the project being Cruise's girlfriend. Some part of the testimony stated during the initial phase of the relationship, Cruise was romantic and later showed violent tendencies. In Jan 2005 their relationship ended and talked about the tragedy with her friend in the church. For breaking the confidentiality clause, she was punished by Church of Scientology. As reported she had to dig ditches at midnight and scrub floors. She was placed on a curfew and also escorted everywhere.

Boniadi had a brief stint with Tom Cruise. According to Going Clear, a documentary, the Church of Scientology planned her relationship with Cruise, and she was one of the potential wives of the actor but was not selected.

She was part of the Church since the mid-2000s. In 2005 she set the record by selling the most number of Scientology books. Her mother also had been a Scientologist.

As of now, Boniadi calls herself a non-practicing Muslim. She can speak English as well as Persian.

Nazanin Boniadi through her successful career has accumulated an estimated net worth of $2 million, however, the amount is not official.

She was a regular cast of the Emmy-Award winning series General Hospital. She has appeared in 119 episodes in the show. As per the sources, soap opera actors on an average earn around $20,000-$156,000.