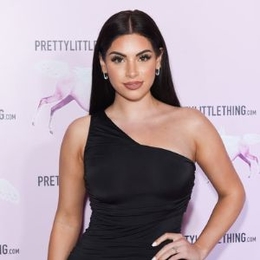 Social media platforms such as Instagram, Facebook, YouTube, and so on has become one of the easiest mediums for youngsters to start their careers. There are several social media stars who has reached the height of success. Among them, Nazanin Kavari is the one who is an American YouTuber and Instagram star. She is most notable for her beauty and fashion vlogs.

Dating Life With Her Boyfriend-turned Husband

An American social media personality, Nazanin Kavari, and her spouse Mel the DJ were in a romantic relationship before tying the knot. The two met for the first time at an American multinational corporation Nike where both of them used to work. 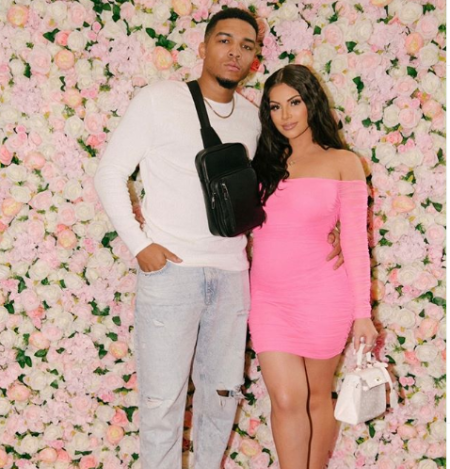 Professionally, her partner is a DJ, social media star, rapper, as well as a video editor. Mel has worked along with Aircraft on the freestyle song CHill & STack. Initially, they were just friends; however, they later began to fall for each other, and consequently, their friends tag turned to lovers.

Kavari and Mel officially began dating in February 2017, and soon, their relationship skyrocketed. Both of them frequently made public appearances together. They likewise began posting photos and videos on their respective social media walls. Moreover, Mel also appeared in several YouTube videos of his girlfriend. 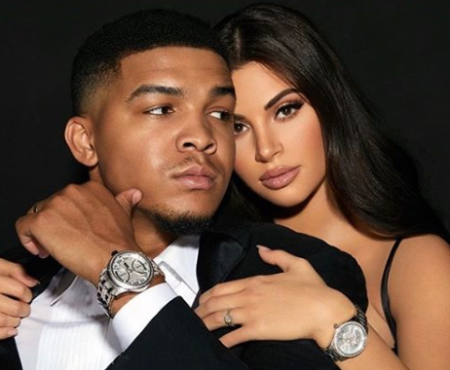 Together, the lovebirds even went to the concert of Jay-Z in Cleveland on Mel's birthday on November 2017. There, Mel also received a birthday present from Jay-Z. He got a black 444 jacket and a part of 444 tours with Shawn Corey Carter.

Besides, they also visited different exotic places on different occasions. In July 2018, the two went to Hawaii to spend their vacation.

The 21 years old gorgeous lady, Nazanin Kavari, does not hide any details of her personal as well as professional life. We get to hear most of the information of her from herself even though it takes her a week or sometimes a few months to reveal it. 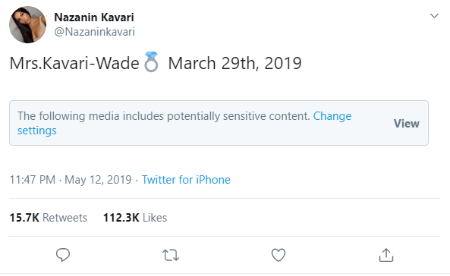 Just like that, the YouTuber disclosed the news of her marriage only after two months of the special day. On 3rd March 2019, Nazanin tweeted;

"I wanna be married and have my first by 30 but who knows, I'm just going with the flow." 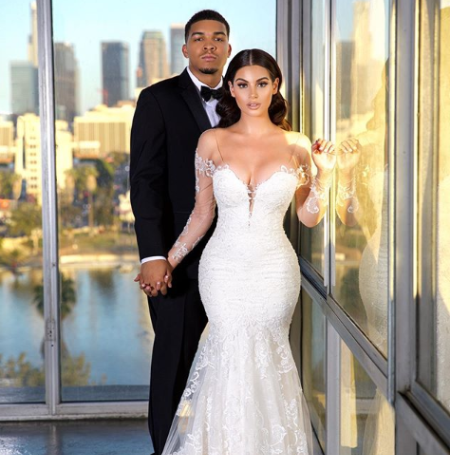 However, nobody knew that she was hinting to get married soon. Kavari secretly tied the knot with her boyfriend on 29th March 2019, in a private ceremony. Nevertheless, the Instagram star unveiled the news almost two months after their wedlock. 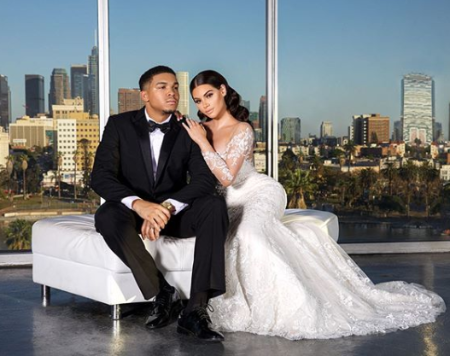 On 12th May 2019, she took Twitter and announced that she married her partner. She wrote, 'Mrs. Kavari-Wade March 29th, 2019.' Their fans and well-wishers congratulated the couple via the comment section.

Simlarly, on 20th May 2019, she uploaded a video titled Our CRAZY Wedding Story! on YouTube, which featured their wedding. The duo is enjoying their marital relationship since their wedding, and to date, they haven't been the part of unwanted rumors and controversies.

Expecting A Baby With Her Newly Married Husband

The newly married couple is about to welcome a new member to their family. Nazanin Kavari took Twitter to announce the happy news. Moreover, she also revealed that the due date of their child is 15th March 2020. She tweeted; 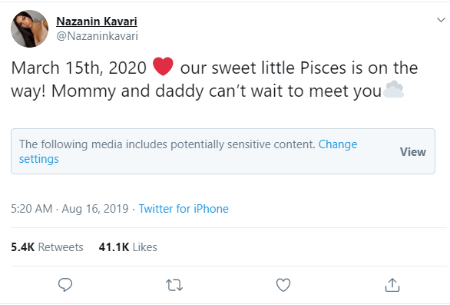 Nazanin Kavari announced the due date of their baby SOURCE: Twitter (@Nazaninkavari)

'It’s so crazy that Mel and I got married in March and now our first baby is due in March.'

Similarly, she also shared the news through her Instagram account by showing off the baby bump. In her next tweet on 26th August 2019, she wrote; 'I want my baby NOOOOOWWWWWW.' 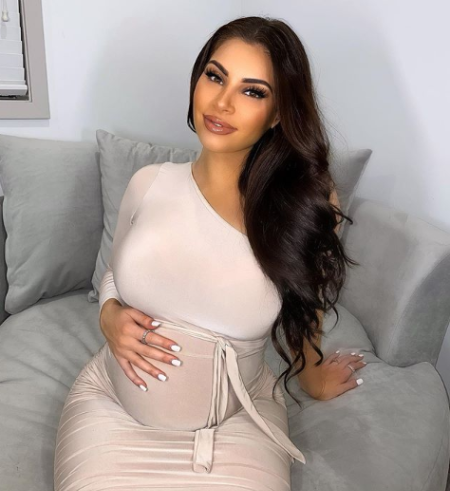 Nazanin Kavari and her husband are expecting a baby SOURCE: Instagram (@nazaninkavari)

The beautiful couple is eager to welcome their baby soon. Both of them often flaunt pictures on their social accounts by showing off the baby bump.

Being one of the renowned beauty and fashion vlogger, Nazanin Kavari summons a good amount of money from her profession like other social media personalities Ben Going and Blimey Cow. She launched her YouTube channel on 9th September 2012 when she was still a high school student. 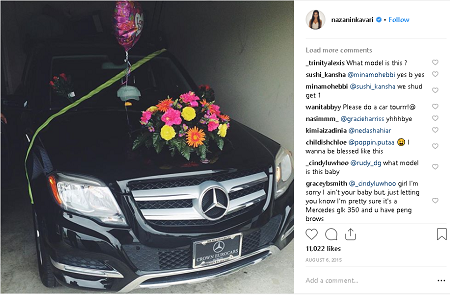 Besides, she is also an Instagram star. She often promotes and advertises different fashion products and clothes via her Instagram account, for which she probably receives good paycheques. Making a fruitful income from her profession, Kavari has an estimated net worth of around $1 million as of 2019.

First Marriage with Mel The DJ