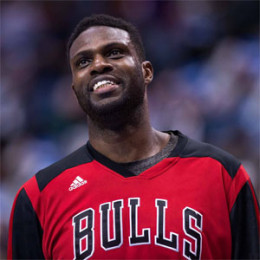 An American retired professional basketball player Nazr Tahiru Mohammed aka Nazr Mohammed has a journeyman (an athlete who is technically competent but unable to excel) career in the National Basketball Association. He played for eight different teams in 18 seasons. He is a happily married man. He married to Mandy Mohammed. They tied a knot in 2001 and the duo is blessed with one son Nasir Mohammed and two daughters Amani Mohammed and Sanna Mohammed.

Nazr Mohammed was born Nazr Tahiru Mohammed in Chicago, Illinois. He was born on 5th September 1977 to his mother Mary Mohammed and father Alhaji Na T.A.

He has an American nationality and belongs to African American ethnicity. He attended Kenwood Academy where he graduated in 1995. Then he attended the University of Kentucky where studied Business Management. He won NCAA Championship in 1996 and 1998 while he was in University.

Mohammed decided to enter to 1998 NBA and Luckily, and he was selected by the American professional basketball team Utah Jazz in the first round as the 29th pick overall. After being selected he was immediately traded to the Philadelphia 76ers where he played for two and half seasons before he was traded.

In 2001 February, he was trained at Atlanta Hawks where he set a career-high scoring 30 points in a match against Los Angeles Clippers. Through the middle of the 2003 and 2004 sessions, he played for the Hawks where he was traded to New York Knicks for Michael Doleac.

He tied his career-high in March 2006 scoring thirty points in a match against Phoenix Suns. However, he played sparingly in the team’s second-round series loss to the Dallas Mavericks.

He was offered a four-year contract extension but he turned down the Spurs' offers and signed with Detroit Pistons in July 2006. 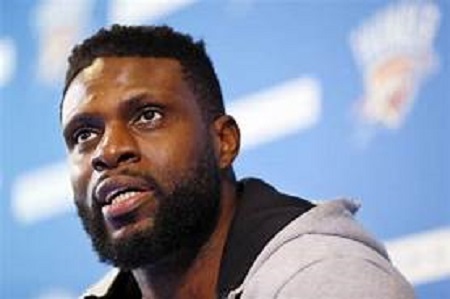 He was traded to Charlotte Bobcats on 14 December 2007 in exchange for Primoz Brezec and Walter Herrman. He was traded to Oklahoma City Thunder on 24 February 2011 where he reached the 2012 NBA Finals but lost to Miami Heat.

He signed with the Chicago Bulls on 27 July 2012 and retired on 9 October 2015. He came out of his retirement and joined the Oklahoma City Thunder on 5 March 2016. Also, he was released from the team making him a free agent.

An American professional basketball player Nazr Mohammed has an estimated net worth of $25million. His salary per year is $353,750. 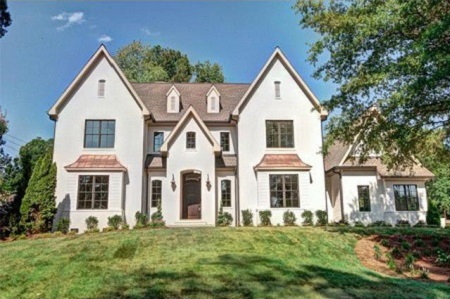 He purchased a Southern-style home in Charlotte and sold it for $2,026,000. The house was traditional and modern in design and he also owns homes in Lexington and Louisville, KY. Similar to professional basketball players Perry Jones and Christian Burns.

He is a happily married man. He married Mandy Mohammed. They tied a knot in 2001 and the duo is blessed with one son Nasir Mohammed and two daughters Amani Mohammed and Sanna Mohammed.

He is living happily with his children and wife in Lexington and there is no rumor of the separation of their married relationship.

He is a happily married man. He married to Mandy Mohammed. They tied a knot in 2001 and the duo is blessed with one son Nasir Mohammed and two daughters Amani Mohammed and Sanna Mohammed.