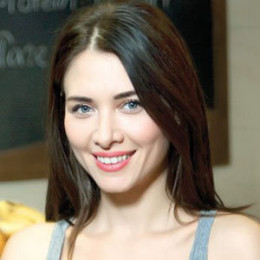 Nefise Karatay is a television personality, actress, and former beauty pageant titleholder from Turkey. she was one of the highest-paid top models of Turkey in the late 1990s and early 2000s. Nefise Karatay was born and lived the first years of her life in Hesse, Germany, as the daughter of a Turkish immigrant family. She has portrayed Ahu Toros, the main female protagonist in the TV series Valley of the Wolves: Ambush.

She is tied by the bond of marriage to a businessman, Yusuf Day. The couple are living together and are the parents of a beautiful daughter. Full of joy and happiness, couple have been always together and they know how a relationship bond can be made strong. Supportive in nature and good habit of respecting each others profession and personal interest, they can assumed to be never separated.

Karatay married businessman Yusuf Day on 16 July 2012 at Esma Sultan Mansion. They honeymooned in the Caribbean. And recently they have welcomed a beautiful daughter.

On August 2015, she gave birth to her daughter, Maya Day.