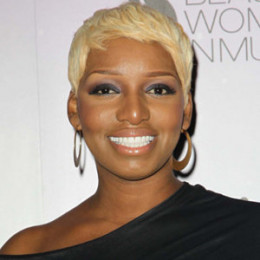 An American actress, producer, author, television personality and fashion designer who is better known for starring in reality television series Real Housewives of Atlanta NeNe Leakes started her career starring in the TV show The Parkers.

Nene also starred in the minor role as a stripper in the film named "The Fighting Temptations". She made her first appearance on The Real Housewives of Atlanta in 2008.

Similarly, the actress continued working in the series for seven years which gave her an immense popularity.

Likewise, she has made several guest appearance as Coach Roz on Glee and besides that, she has her own line of fashion named Home Shopping Network (HSN).

Leakes is a happily married woman and the mother of two children. She tied the knot to the real estate investor, Gregg Leakes in 1997. However, after fourteen years of marriage, the couple got a divorce in 2011.

Well, people say that sometimes we need a second chance to start something new with the same person. Likewise, NeNe and Gregg gave each other a one more chance to resolve their problems and start a new life together yet again.

So, in 2013 the couple reunited and announced that they were again engaged. Their whole wedding was filmed by Bravo. Couple's marriage ceremony was held in InterContinental Buckhead Hotel in Atlanta.

As of now, they are living happily and we wish the family to four to remain happy and blessed.

Professionally he is real estate investor and business consultant. They met each other in 1996 while she was working as stripper. Currently the couple resides in Duluth, Georgia, Atlanta.

He is the eldest son of the family. His picture along with NeNe can be found in different sites.

He is 16 years old currently. He was born in December month. Currently he is living with his parents.