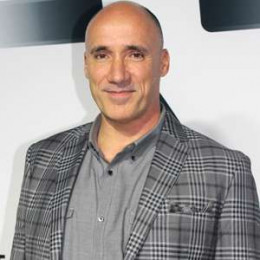 A British-American television creature, film and concept designer, Neville Page is a married person but there is no more information about his wife in social sites. He began his career at the age of seventeen. Neville has worked as a concept designer on films some of them are Watchmen, Star Trek, TRON: Legacy, Cloverfield, and Avatar. Men in Black :Alien Attack is his the first movie ,he is a creature design in this movie.

Neville Page has also worked for television series terra Nova is the first series ,he is a Creature and character designer of this series .In 2010,he has nominated for ADG Excellence in Production Design Award in a category of Fantasy Film. Neville graduated from the Art Center College of Design. Neville is a Judge on SyFy television series named Face Off.