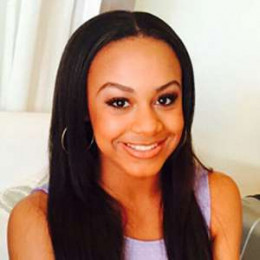 Nia Sioux Frazier is an American dancer and singer. She rose to fame after her participation in the reality TV program "Dance Moms". Her favorite styles of dance are contemporary and musical theatre. Nia is the daughter of Evan and Holly Frazier, and the sister of Evan and William Frazier. In 2015, she released the first single "Star In Your Own Life", as a start of her singing career.

Nia Sioux began dancing at Abby's studio when she was three and joined the Abby Lee Dance Company when she was five. She also earned a scholarship for being the most improved student in 2012. She is an amazingly talented and beautiful kid. She had millions of fans worldwide. Nia is famous in her social media handles as well. She is too small to be in any sort of relationships yet.