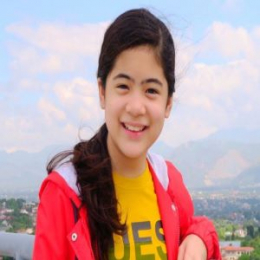 From a shy to a vivacious, funny and crazy person, Niana Guerrero has surely changed a lot through the art, dance. Known for the cover dance of ‘Despacito’, ‘Shape of You’ and ‘Lean On’ with her brother, Niana is one of the most famous young YouTube stars.

How Is Niana Guerrero's Personal Life?

Niana Guerrero is currently living a lavish life with her family. The 13-year- old has three other siblings with whom she shares a quite strong bond. Moreover, she is quite close to her sister Natalia Guerrero and brother, Ranz Kyle who is also a Youtuber.

twinning with mom in the most happiest place on earth

As a child, Guerrero was a timid person who had issues in expressing herself. Despite having a passion for dancing and dream of dancing in front of millions, her confidence remained low due to her stage fright. However, her brother Ranz helped to overcome this fear.

Scrolling through her Instagram, Niana is a  person when it comes to dancing. Likewise, she is a very hardworking person and currently focused on her career and studies. Besides, she managed to stay out of any rumors and controversies to this date.

How Much Is The Net Worth Of Niana Guerrero?

Niana Guerrero holds the net worth of around $5 million. She garnered this much wealth from her career as a dancer as well as YouTuber. In addition, the average salary of a dancer is around $14.2 per hour and $33,599 annually.

Niana owns a YouTube channel named Niana Guerrero where she posts her dance videos, vlogs as well as prank videos with her brother. Moreover, the 13 years old earn around $1 million from her youtube channel per year.

Guerrero started dancing at the age of 3; however, she only came to limelight after her brother Ranz created a Facebook page on her behalf and uploaded her videos. Furthermore, the page racked up 2.2 million likes, along with many followers in an instant.

Niana also makes good stacks from her acting career. Moreover, she appeared in the film Finding Marleen in 2007. Similarly, she also starred in movies such as Undocumented and Promises. Meanwhile, she collects $13,939 - $23,231 per promotional post on her Instagram account. 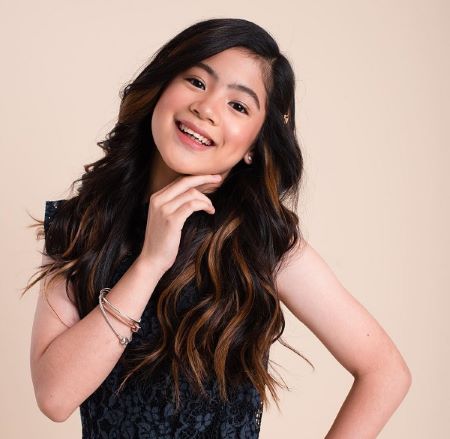