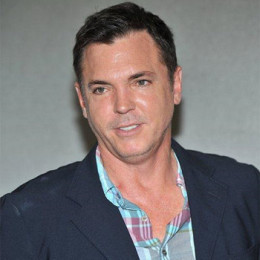 His birth name is Nicholas Christopher Herbert. He is an actor best known for appearing on The X-Files, as Alex Krycek and on Kyle XY, as Tom Foss. His some of the television appearances include V and NYPD Blue, Supernatural, CSI: Crime Scene Investigation, CSI: Miami. Beside acting, he was a lead singer for 5 years in an alternative rock band called Beau Monde also he served in the Canadian Navy.

He has stayed low profile when it comes to his personal life. Till now there is no any record of his affairs and other such relevant activities. He hasn't shared any details about his relationship status so he is assured of being single. A few years back, he was romantically linked with Lucy Liu and several other Hollywood actresses. To know him better we can follow him on Twitter @niclea.

Nicholas Lea was born Nicholas Christopher Herbert on June 22, 1962, in New Westminster, British Columbia, Canada. He is Canadian and belongs to the White ethnicity.

Lea attended Prince of Wales Secondary School and earned his graduation in 1980.

Lea performed the lead role in the TV series The Commish from 1991-94. In 2001 he appeared in the Hong Kong-Canadian movie Lunch with Charles in 2001 alongside Theresa Lee, Bif Naked, and Lau Ching-Wan.

He guest starred in some shows like CSI, Judging Army, Highlander: The Series, Sliders, and Burn Notice.

He portrayed the role of Eliot Ness in the Supernatural episode "Time after Time".

Some of his recent projects include Before I Fail, The Bletchley Circle: San Francisco, and The Lie.

Lea has a huge net worth and salary. Details about his fortune is still under review.

Lea has not stated about his girlfriend and dating life till date. However, he was rumored to be dating Lucy Liu in past.