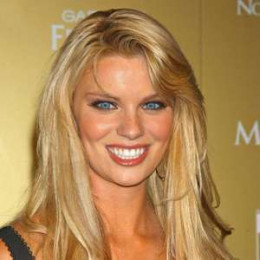 Nichole Hiltz is an American actress well known for her role as Brandi Shannon in "Plain Sight". She grew up with her mother and grandmother being inspired by “Punky Brewster" and "Michelle Pfeiffer”. Her mother was a homemaker and her father was a private business man. Before joining the television, Nichole worked as a bartender. She appeared in several films and television series.

Nichole Hiltz was born on September 3, 1978 in Hanover, Massachusetts, U.S.

Nichole Hiltz made her guest performances on  television series such as The O.C Strong Medicine, The Shield, CSI: Crime Scene Investigation, and Bones.

Nichole Hiltz estimated net worth is $2 million which she accumulated from her career.

In 2006, she got engaged to Canadian actor and musician Mike Smith who is well known for his portrayal of “Bubbles”. The couple met on the sets of "Trailer Park Boys: The Big Dirty". But they have not married yet.